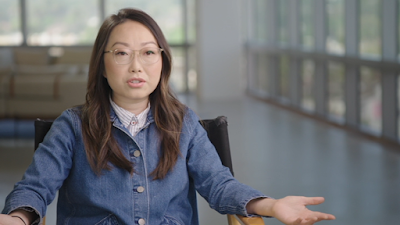 Joseph Stein, who wrote the book for the musical “Fiddler on the Roof” says of its creation:
He talks about going to the first Japanese production:
Likewise, in the DVD documentary, Anna Wang talks about The Farewell:
She goes on to say:
Specificity is universal. The reason it works is because of scenes like the one I discussed yesterday, where the family winds up having a comedy of errors at the grandfather’s grave. The whole point of the scene is that this would only ever happen in China, where they have very particular graveside traditions that seem absurd to outsiders, even to a granddaughter who was born there but moved away young.

But because the details of the scene are so oddly specific to one culture, they feel universal.

To a certain extent, both Stein and Wang said, “Fuck it, I’m not going to write about a de-racialized plucky everyman hero in an attempt to ingratiate myself with the storytelling public, I’m going to write a story that only I can tell about my own people that will probably only appeal to my own people, but it’s the story I want to tell.”

Audiences worldwide are more likely to identify with specific, odd, absurd details that we haven’t seen before than we are to identify with “universal” details that we’re already familiar with. Judaism has very little in common with Shintoism, but if you write a very Jewish story with enough specificity, many Japanese people will say, “This was written just for us.”
Posted by Matt Bird at 8:37 PM

Great observations! And very inspiring for anyone who's ever gotten the note "audiences won't identify with your characters" just because the characters aren't white 21st century suburbanites.

In other news, it was reported today that Tony DeVito died of COVID.

A story from Cinema of Outsiders by Emanuel Levy:

"In an introduction to the published script [for Eat Drink Man Woman], co-written by [Ang] Lee, Hui-Ling Wang, and James Schamus, Schamus recalls Lee's complaint that the psychology of the characters wasn't Chinese enough. Schamus proceeded to deliberately make the scenes as Jewish as possible, after which Lee said 'Ah, ha, very Chinese!'"