Storyteller’s Rulebook: It’s Hard to Shout Your Humility to the Hills 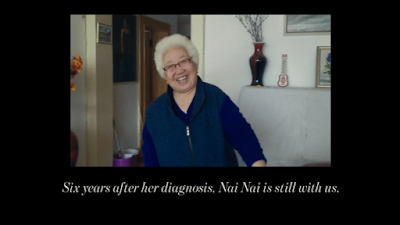 So let’s talk about a fundamental problem with stories like The Farewell.
Perhaps my favorite novel is “A Fan’s Notes” by Fred Exley. Like this, it’s a barely-veiled autobiographical story about Exley’s personal journey to humility. He spends the book dreaming of being a great novelist, then realizes at the end that he’s not destined for greatness, but is, at heart, a fan, fated to live through the greatness of others.

It’s overwhelming, heartbreaking, and totally convincing when he comes to this realization.

…but then, of course, he turned this realization into a Great American Novel! It never made him a household name but it ensured he could spend the rest of his life teaching novel writers in Iowa until he drunk himself to death.

It’s hard to publish a story about how you learned humility, because shouting your story to the masses is a profoundly un-humble thing to do.

This paradox is perhaps even more evident with The Farewell. The movie’s tagline is “Based on an Actual Lie”, and it was promoted as the true story of how writer/director Lulu Wang was convinced to go along with her family’s decision to lie to her grandmother about her grandmother’s cancer diagnosis. In the end, we cut to real footage of Wang’s grandmother and a title tells us, “Six years after he diagnosis, Nai Nai is still with us.” We are invited to consider that she’s still alive because of the lie.

But then Wang made herself world famous by turning the story into a very successful movie, and, inevitably, this led to her grandmother finding out about her diagnosis! According to the movie’s implied logic, this might kill her!

But this is something that all writers go through, even if we’re not claiming to write about our own lives: We suck up the lives and experiences of our loved ones, process them, and then trumpet them to the world. It’s been argued that you know you’ve written a great novel when you get banned from your home town (true of writers from Dante to Joyce). You’re hoping to find universal truth, but as a result you’re hoping to become rich and famous, which could not be less universal.

Will Wang be welcome at the next family gathering? Will she be blamed when Nai Nai does eventually die? Is weathering those accusations worth achieving fame? That’s a decision every semi-autobiographical writer must make for themselves.
Posted by Matt Bird at 9:00 PM