Rulebook Casefile: How to Write a Comedy Without Jokes 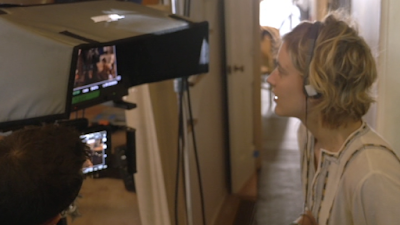 
When I was trying to identify the moment of humanity in the first scene, I had a hard time identifying why I liked the heroine so much. She made me laugh, but I wasn’t sure how: Sometimes we like a character because they’re “laugh with” funny, and sometimes because they’re “laugh at” funny. Only certain types of “laugh at” moments make us bond with a character—the character has to unintentionally attract our laughter in ways we empathize with, often when a character is poignantly but humorously vain.

Lady Bird’s first line is slightly vainglorious: “Do you think I look like I’m from Sacramento?” We identify with the dissatisfaction, ambition, and self-consciousness inherent in that line, but we don’t really laugh with or at her yet. In the next scene, she says “I wish I could live through something,” which is also lightly vainglorious and poignant.

She then gets her closest thing to an intentional joke, but it’s still more laugh-at then laugh-with. Her mother is reminding her why they spend money they don’t have to send her to Catholic school:


As they used to say in the Borscht Belt: “These are the jokes, folks!” It’s a somewhat witty retort, but we’re not sure Lady Bird even knows that. Gerwig is having the actors play for emotion and throw their jokes away, literally. We laugh, sort of with, sort of at, but Lady Bird would be surprised either way if she could hear us out in the theater. The character and actress are just feeling the emotion and reacting honestly, and we find it funny, but that’s our business, not theirs.

This movie is a masterclass in how to write a comedy without jokes. “Cheers” writer Ken Levine wrote a great blog post on this many years ago. It’s a harder way to write comedy, but it can be the most satisfying kind for an audience, and the more emotionally fulfilling, because the actors get to be totally in it, facing inward instead outward.
Posted by Matt Bird at 8:00 PM