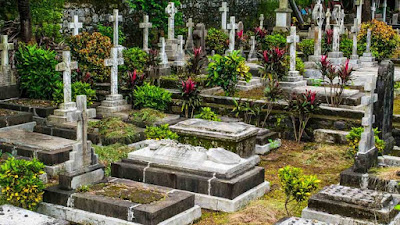 The major question that hangs over “The God of Small Things”, the question that adult-Rahel seems to be trying to answer for herself, is why Sophie Mol and Velutha had to die, all those years earlier. One of the reasons is that seven year olds don’t make good decisions. The twins’ bad decisions contribute to Sophie’s accidental drowning, and then they are forced to accuse Velutha, who is beaten to death by the police. Now two people are dead, but the twins never really recover either, at least not by age 31.

In order to tell this story, Roy must intimately capture the faulty logic of seven year olds, and I can say, as the father of a seven year old daughter, and a former seven year old myself, that she does a great job.

We jump around a lot at first, but the first real scene we get is Sophie’s funeral (while Velutha is dying in police custody, but we don’t know that, and young Rahel only kind of knows it). Inside Rahel’s head, Roy captures her thoughts and musings:


Young Rahel imagines that someone like Velutha might have painting the ceiling, and then imagines him falling to his death, which shows her subconscious struggling with her vague realization of Velutha’s actual mortal peril. We see her convince herself that Sophie is killed by the funeral, not the drowning, which absolves Rahel of her guilt.

But here’s the great thing about this passage: It’s almost funny. The situation could not be more serious, but Roy’s voice (which is only slightly removed from Rahel’s voice, see below*) is so true-to-life that we can’t help but smile. Morbid seven year olds are amusing, in a Wednesday Addams sort of way.

We nervously laugh at this because it’s uncomfortably intimate. We remember what it was like to look at the world through young eyes, to let our imaginations run away with us, not in a “Reading Rainbow” sort of way, but in strange, dark ways. We never thought a book would remind us of those forgotten thoughts, retrace the path of that twisted logic. People cite this as their favorite book not because they love its dark subject matter, but because they feel Roy has been in their heads, and they find that strange intimacy intoxicating.

As with our last book, it’s great to give your hero unique eyes. They should look at the world and see things only they would see. From the first page, even as an adult, Rahel has oddly overimaginative eyes. She looks at nature and sees human emotions where none exist. Nature’s clashes become petulant human squabbles. We then go back to when she was a kid and she cannot look at a corpse without bringing it to life: Sophie’s still alive, so that means she’s looking up at the ceiling, I wonder what she sees… Oh, she sees the newly painted ceiling… I wonder who painted it? Probably someone like Velutha? What if he fell? She can’t deal with the body in the coffin, but she’s happy to create one on the ground. And of course, one corpse will lead to the other in real life, but neither she nor we understand that at this point. This book rewards rereading!

* As I say above, this is all a great example of subjective 3rd person narration, which is one of the hardest ways to write. In the above paragraphs, despite the 3rd-person pronouns, we’re obviously entirely inside Rahel’s head, seeing only what she’s seeing, thinking what she’s thinking, feeling what she’s feeling. Roy will later take advantage of being in 3rd to show us scenes that Rahel doesn’t see …but crucially, they’re all scenes (like Estha’s molestation) that Rahel hears about or intuits later. They still fit under the umbrella of things grown-up-Rahel might put together to try to make sense of in modern day.
Posted by Matt Bird at 6:30 PM

It’s really a cool and helpful piece of info. I’m glad that you shared this useful information with us. Please keep us up to date like this. Thanks for sharing. wonderful post, very informative. I wonder why the other specialists of this sector don't understand this. You must proceed your writing. I am sure, you have a huge readers' base already! google analytics certification singapore

Generally I do not learn article on blogs, however I would like to say that this write-up very pressured me to try and do it! Your writing taste has been surprised me. Thank you, quite great post.easy web design

I have been exploring for a little bit for any high quality articles or blog posts on this kind of area . Exploring in Yahoo I at last stumbled upon this website. Reading this info So i am happy to convey that I've an incredibly good uncanny feeling I discovered exactly what I needed. I most certainly will make sure to don’t forget this web site and give it a glance regularly. boat charter indonesia

Great site. A lot of useful information here. I am sending it to several friends ans also sharing in delicious. And obviously, thanks for your sweat! affordable website design Singapore

I do agree with all of the ideas you have presented in your post. They're very convincing and will definitely work. Still, the posts are too short for newbies. Could you please extend them a little from next time? Thanks for the post.
pest control prices

hello there and thank you for your information – I have definitely picked up something new from right here. I did however expertise a few technical issues using this website, since I experienced to reload the website many times previous to I could get it to load properly. I had been wondering if your web hosting is OK? Not that I am complaining, but sluggish loading instances times will sometimes affect your placement in google and could damage your high quality score if advertising and marketing with Adwords. Well I’m adding this RSS to my email and could look out for a lot more of your respective interesting content. Make sure you update this again soon.. singapore web design services

Definitely believe that which you stated. Your favorite justification seemed to be on the net the easiest thing to be aware of. I say to you, I certainly get annoyed while people think about worries that they just do not know about. You managed to hit the nail upon the top as well as defined out the whole thing without having side effect , people could take a signal. Will probably be back to get more. Thanks
marketing agency in singapore

Thank you for the nice writeup. It actually was a amusement account it. Look advanced to more added agreeable from you! However, how could we communicate? Air Charter Service

Thank you for sharing this useful information, I will regularly follow your blog kindly share more blog daily basic..