Rulebook Casefile: The Power and Peril of the “Put a Pin in It” Scene 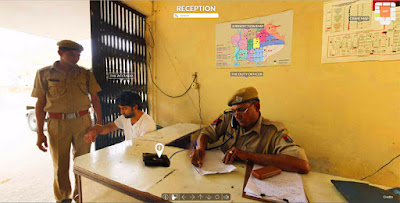 As I said before, Arundhati Roy begins “The God of Small Things” by jumping all around, not landing at the book’s real 1969 timeline for 40 pages or so. As we jump around, the first scene with dialogue we get is Sophie’s funeral, which comes at the end of the 1969 timeline, not the beginning. After the funeral we see Ammu take her twins to the police station to half-heatedly try to save Velutha, but we have no idea what’s going on, and Roy doesn’t tell us (Partially because Rahel, our POV character, doesn’t understand, or wants to pretend that she doesn’t understand). The police send Ammu away, and she gets on a bus where she mysteriously says to her kids, “He’s dead, I’ve killed him.” Then we move forward again two weeks to when Estha is sent away, then we move ahead to adult-Rahel’s return, then back to Estha’s earlier adult life, etc.

The brief police station is a “put a pin in it” scene. “Remember this for later, reader, because it will finally make sense to you 300 pages from now.”

This scene could make us say “Ooh, what’s going on here with the police? Who did Ammu kill? I can’t wait to read the book and find out!” but it doesn’t really have that effect. If we had immediately jumped from Ammu saying “I’ve killed him” back to a week before, then we’d have the sense of “Good, now we’ll find out what she meant!”, but since we keep jumping forward, and then jumping around in the adult timeline for a while, we strain to keep our finger on that pin, occasionally asking ourselves, “Wait, what was going on at that police station? Will any of these events we’re seeing now make that clear?”

The trick with such scenes is to keep the reader from wondering, “Wait, was I supposed to understand that?” That’s always my problem with such scenes. Instead of thinking, “Ooh, I can’t wait to find out what was happening there!”, I always find myself thinking, “I’m so dumb for not understanding that scene. It should have been obvious to me how Ammu was killing a man in that last scene.”

How do you write such scenes so they’re clearly unclear? So that the reader will say, “Obviously I wasn’t supposed to understand that yet, and now I’m excited to later find out what was going on,” rather than “I think I was supposed to understand that, but I didn’t.” I would have appreciated a little more hand-holding. Roy could have said something like, “Rahel didn’t know what she meant, and it was only many years later she would put the events together and figure it out.” That would let us know that it wasn’t clear yet but it would be clear later.

Ultimately, Roy doesn’t seem particularly concerned with this question. This is literary fiction, and the reader is supposed to bring some hustle to the game. This is a wildly successful novel, by any measure, but nevertheless, if I’d been giving her notes, I would have begged for just a tiny bit more help, making it clear that it was unclear.
Posted by Matt Bird at 8:00 PM

Admiring the persistence you put into your post and detailed information you present. It's great to come across a post every once in a while that isn't the same unwanted rehashed material. Wonderful read! I've saved your site and I'm adding your RSS feeds to my Google account. Excavator rental Singapore

Woah! I'm really digging the template/theme of this blog. It's simple, yet effective. A lot of times it's very hard to get that "perfect balance" between usability and appearance. I must say you've done a great job with this. Also, the blog loads super fast for me on Internet explorer. Exceptional Blog!back pain treatment

Great blog here! Additionally your site loads up very fast! What web host are you using? Can I get your affiliate hyperlink for your host? I desire my website loaded up as fast as yours lol
nominee director in Singapore

Hi there! This post couldn't be written any better! Reading through this post reminds me of my previous room mate! He always kept chatting about this. I will forward this article to him. Pretty sure he will have a good read. Many thanks for sharing!local seo singapore

Its like you read my mind! You appear to know a lot about this, like you wrote the book in it or something. I think that you can do with a few pics to drive the message home a little bit, but other than that, this is excellent blog. An excellent read. I'll definitely be back best life insurance companies los angeles