Straying from the Party Line: The Unsustainability of “The Good Place” 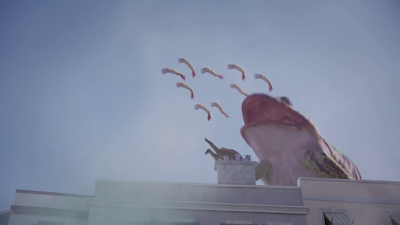 I don’t want to talk about it much, for fear of ruining this amazing first season for those of you who haven’t seen it yet, but suffice it to say that the season finale (episode 13) ends with a twist that completely blows up the concept of “The Good Place”. Season 2 is an entirely different show which also ends with a finale that blows everything up, and season 3 began last week, starting over from scratch. It certainly seems impossible that this show will last for 125 episodes like “Parks and Recreation” did.

Why do this? Schur seems to be tired of stretching things out for “six seasons and a movie” on his previous shows and now he’s ready to just blow his wad on a jaw-dropping, mind-bending thrill ride, one with no interest in creating familiar comforts, week after week and year after year. And the result is certainly amazing to watch.

The show’s biggest twist arrived at the end of episode 13, but there were little twist-cliffhangers at the end of every episode, which is part of what made it so bingeable. Many of these twists seemed juicy enough to sustain multiple episodes, but Schur and his writers wrung each of them dry one episode at a time, almost willfully. The show never had romance foremost on its mind, though of course that’s a classic slow-burn show sustainer, but this show had one episode (ep 10, iirc) where it quickly tried out and dismissed every possible pairing, then moved on. (Some would be revisited in season 2, and I got the feeling they wished they hadn’t already dismissed them in season 1)

But the second season, while great, is not as great as the first, which begs the question, could they have sustained the original premise if they had wanted to? Could Eleanor’s quest to prove she belonged in heaven by becoming a better person every week have gone on for a syndication-friendly 100 episodes? How many different ways are there to try to be a better person? For that matter, could the mystery of how she got there have unspooled much more slowly?

Maybe? The number one strength that used to be prized in sitcom writers was the ability to create the illusion of growth and change without ever upsetting the status quo. If the show had stuck with its original premise, it could have easily gotten dreadful, or perhaps it could have gotten richer as it progressed far more gradually. We’ll never know.

Let’s look at more checklist boxes this show doesn’t check:
These would have had to be tweaked. There would have to be a more episodic plot engine, where Eleanor, could, perhaps, have interacted with one new arrival in every episode. Eleanor’s flaw would have needed more of an upside: The others in heaven would have had to find her cynicism more charming (like Hawkeye on “MASH”). The thematic dilemma (be yourself or be a better person) would have had to be tilted less heavily to one side, which is to say that she can’t have been so resolutely awful and irredeemable in her previous life. We would have to think “Maybe she should just be herself”, which is something we never think on the actual show.

I came up with this checklist on the assumption that every show needs to last for at least 100 episodes to be syndicatable and make its money back, which was the old rule. But the rules are changing. I have no idea how much money this show made from Netflix binges, but maybe that money gave it a reason to be less like weekly comfort food and more of an intentionally unsatiating binge fest. Maybe Bell and Danson didn’t want to sign 7 year contracts, so the show never intended to last very long?

So should this change how you write pilots? That’s up to you. Do you want to show that you can create a classically satisfying and sustainable show, or that you’re here to do something new, even if that means burning it all down?
Posted by Matt Bird at 8:00 PM

Labels: Straying From the Party Line, The Good Place, TV

Lone Facet said...
This comment has been removed by a blog administrator.
4:55 AM