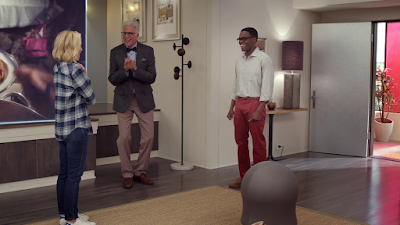 It’s been a while since we talked about head-heart-gut polarization. To review, in some stories every character is three-dimensional, and that can work well, but it’s not the only way to tell a great, sophisticated story. Just as often, if not more often, the three main characters are polarized so that one is all-head, one is all-heart, and one is all-gut. (Sometimes this only applies to the three sidekicks and the main character is three dimensional.) In other stories, with bigger casts, some of these body parts are split up further. Sometimes, if you have three gut characters, they can be dived into spleen, stomach and groin.

This creates classic comedy and significant meaning as well. We see ourselves in all three, and different parts of our own 3-dimensional personalities identify humorously and painfully with each of the three in turn, thinking “Yes, I can go to that extreme sometimes and it’s so embarrassing when I do!”

Any polarized story is ultimately about how we need to integrate ourselves to evolve, and each of these three end up going on (or seeming to go on) a season-long quest to discover their missing elements. Eleanor tries to learn to be a smarter, more compassionate person. Chidi tries to learn to trust his gut and fall in love. (It’s telling that dealing with Eleanor gives Chidi a stomachache, as she reminds him of his missing organ.) Michael explores what it means to be human, especially in dealing with Eleanor, the first non-angelic human he’s had to deal with.

This show will soon expand to become a six-member ensemble, and it’s interesting to see where the new ones end up:


“The Good Place” is a deep and sophisticated show. Like “Star Trek”, it’s a journey into inner space (and inner conflict) as much as to other worlds. By embodying our three-part personalities in three extremes, each episode re-creates our inner debate as we deal with ethical dilemmas in our own lives.
Posted by Matt Bird at 12:00 PM

Maybe a Heart with a bit of Gut mixed in? Because to me, her primary motivation seems to be a craving (which I associate with gut-types) for affirmation / acceptance / love (heart-types?).

Yeah, she's kind of a fake-heart (pretending to love the poor) and fake-head character (giving condescending advice), that's really yet another gut character in disguise (craving love, status, attention). Of course, I'm making her sound awful, when she's really quite sympathetic. After all, it's not like she's running fake charities, we get the impression that she really is helping the poor, but she just won't admit her real reasons.

If there are three guts, two heads, and one heart, perhaps its making a statement (ranking) of how it's hardest to easiest to be good. Listening to your lizard brain is the most common problem, being stuck in your head is the next, and listening to your heart is least likely to lead you to the bad place.

I cling on to listening to the news broadcast speak about receiving boundless online grant applications so I have been looking around for the best site to get one. Could you advise me please, where could i acquire some? events backdrop