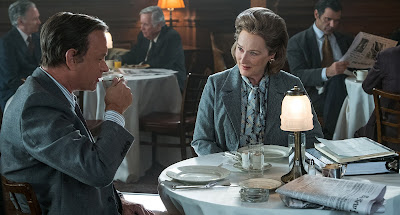 #10: The Post. I don’t have much to say about it. Spielberg, Hanks and Streep are all somewhat on auto-pilot, but each is very talented, so that’s not the worst thing. Longtime readers will know that I have my problems with Spielberg, but he’s got good meaty material here and makes the most out of it. 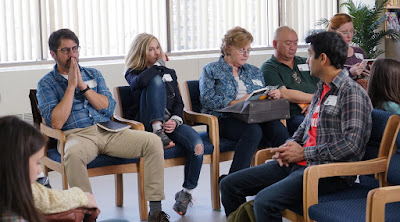 #9: The Big Sick. Again, not much to say. A very moving, very funny film. I will say that Still’s Disease is one of many that I’ve had. I didn’t go into a coma but it was very unpleasant . 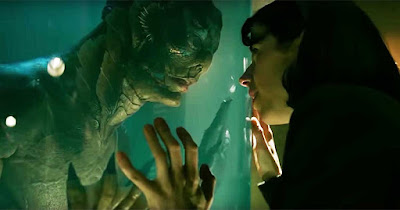 #8: The Shape of Water. An overpraised movie, but still a lot of fun, gorgeous to look at, and a welcome showcase for the talents of Sally Hawkins. It reminds me of this recent rule:

The Value of the Baby in the Basket: Will audiences accept a movie in which a janitor enters into a sexual relationship with a fish-creature? Yes and no. This movie plays with the idea of interspecies sex, but then reveals at the end that no, she’s actually a merperson herself, so it’s cool. It turns out that she’s a literal baby in a basket: She was found on the shore, and those marks on her neck everybody assumed were scratches were actually gills. At first she just seems like a random everywoman, but then we find out she’s got a benighted destiny that the movie is fulfilling. Like all baby in a basket stories, the movie is having it both ways, letting us identify with an ordinary person in an extraordinary situation, then, when that’s stretched credibility too far, assuring us that no, this is an extraordinary person merely fulfilling her destiny. It’s also a cheat that allows our star-crossed lovers to be together after all. It works in a fairy-tale-ish sort of way, but not as drama, because it’s too neat.
Posted by Matt Bird at 8:00 PM