Storyteller’s Rulebook: Let Us Guess From a Character’s Introduction How Important He or She is Going to Be 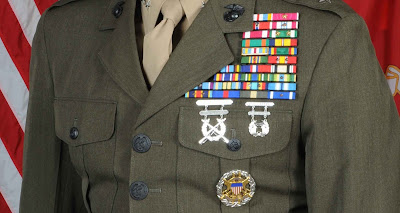 A character enters the room. You write, “The door opens. Everybody turns to look. In steps a quietly commanding figure, Sergeant Elias Quartermain, son and grandson of generals and destined to make it himself someday. Three women break away from their conversations to sidle up to him, but he brushes past them all.” Then we never hear from this character again. Don’t do that.

On the other hand, you’ll have this: “I was taken down to the command room where I met analysts named Adamson, Bowers, Cahill, and Dumont. They all shook my hand and then we turned our attention to the briefing.” Then, by the time the book is over, Bowers turns out to be the love interest. Don’t do that either.

As I mentioned here, audiences want to keep track of as few characters as possible. Every time you introduce a character, you’re asking your reader for a favor, “Sorry, but I’ve got yet another character I want you to remember and keep track of.” Audiences are always looking for permission to lose track of a character.

When they read the first intro above, they think “Oh boy, I’d better clear out a bunch of head space to keep track of Quartermain, even if it means forgetting about some of the earlier characters.”  When they read the second intro, they think, “Oh good, these four analysts are not being given any distinguishing characteristics, so I don’t have to keep track of them. Their four names can go in one ear and out the other.” Then later, when Bowers becomes more and more important, they’ll think “Wait, who is this guy, did we meet him before? I forget, let me flip back…” Trust me, your readers will be pissed with you if they have to flip back.

Let us guess correctly how important a character is going to be. Don’t bother to name Sgt. Quartermain if he’s never going to be mentioned again, and if your heroine is going to fall in love with one of those four analysts, have him stand out when he’s introduced. You don’t have to mention how hot he is or tip off the fact that he’ll be the love interest, but at least give him a little character note, so we’ll (begrudgingly) remember who he is later.
Posted by Matt Bird at 12:00 PM

This is actually some good advice I've never come across before - thanks!

One of the more impressive achievements of the Harry Potter books, especially the later fat ones, is how Rowling quietly reminds the readers of who characters are when they're re-introduced later in a story. When Walter Bubbletummy pops up after being away for a hundred pages, she slips in a small reminder of why we should care about the estimable Mr. Bubbletummy and his shenanigans, or only has him appear in a specific context/subplot, so we remember. Similarly, I just read 'Salem's Lot, and was amazed how Stephen King did the same thing. They juggled vast casts of characters through small, clever reminders, just enough so we'd recall who the people were without being so overt that we're insulted or bored.

I frequently note in people's manuscripts, "Quietly remind us who this is."

I know that Dame Judi Dench was feeling left out, since every other British actor of note had a role in the Harry Potter films except her, but I think casting her as Walter Bubbletummy was a disaster. There are some things that even the First Lady of British Theatre can't pull off