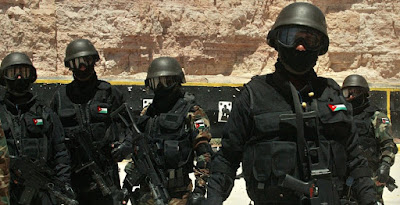 So I’d like to try something new for a while. As I’ve mentioned in the past, I do manuscript consultation, and I really enjoy it. As I give people notes on their novels or screenplays, I often find myself coining new rules on the spot, because of something the writer did either right or wrong. I’ve been saving these up, planning on turning them into blog posts if I ever found a movie example to pair with each one, but screw it: I’ll share some of these in shorter posts without movie examples, since many of them, such as today’s, don’t really lend themselves to that. As a result the picture will sometimes be a stock photo. I’ve got more than a hundred of these things, so let’s see how long this lasts:

This is a rule that applies equally to screenwriting and prose: You always want to name as few characters as possible. Certainly, if the character doesn’t speak, they don’t deserve a name, but most of the characters who do speak don’t need to be named either.

Every named character is a burden you’re placing on your reader: Now I gotta keep track of this guy. Your audience would much rather you let them know right away that they needn’t worry: You don’t have to bother keeping track of this guy.

Only a few major characters should get first and last names. For other characters, you can  reassure the audience that they’re more minor by only giving them a last name (with or without a Mr./Ms. before it), or just a first name, or even better, just a description (Skinny cop)

One of the manuscripts I consulted on did a great job with this. The heroine went on a mission and eight soldiers were sent along to protect her from aliens. He knew he couldn’t burden us with eight names, and these guys were basically just cannon fodder, but he didn’t want to just keep saying “Another soldier got shot in the chest and died. Then another got it in the head”, etc, because that would be too boring.

He realized that the important information here was the number left: So gave them a distinctive name as a group (The Elite Eight) and then counted down their deaths by number: “A fourth member of the Elite Eight threw himself over me, but then his head exploded. I looked over and a fifth member had lost his legs,” etc. Only the leader of the group is given a (last) name.
Posted by Matt Bird at 12:00 PM

A good example of this can be found in Sicario, Taylor Sheridan's script (page 33), when they go to Mexico as a convoy. AGENT, VOICE, VOICE1, VOICE2, DELTA etc...

Assuming a character speaks (or does something) more often than once:

Still true for movies, but in novels, repeated “, said the guy who …” get annoying quickly (yes, even if you vary it)
I think “speakers who are merely part of a group need no name” would be more accurate. ie. “, said the cop” is fine.

Also, in first drafts you may want to give names more liberally than in final drafts, at least if anything isn’t outlined rigorously. (again, this is for novels)