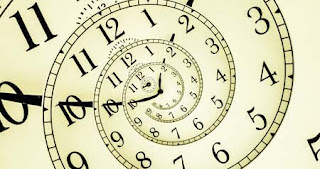 In novels or screenplays, it’s always tempting to cheat the beginning. On the one hand, you know that the story should begin at the beginning, but you want to lay the groundwork for both the plot and the hero’s psychological make-up. Should you begin with a brief scene in the past to set something up, or should you begin in the “present”, let your readers find their footing, give them a hero to care about, give that hero a moment of humanity, and then jump back?

What you shouldn’t do is start with a very first scene that’s designated as a flashback. A novelist might do this by heading the first scene with “2 Years Ago”, but that’s the equivalent of sweeping our feet out from under us just as we try to set them down. You’re saying, “Care about this, but don’t care too much, because it’s not really part of our story.”

Wherever you go, there you are. Where you start us out is where you’re starting us out. Whatever hero we start out with, that’s our hero. If we only get a few pages with that hero before we leap ahead a few years, so be it. Make us care enough about the hero, at whatever age, that we’ll maintain our interest as time jumps forward.

Another rule: Let’s say that, to avoid this, you begin in the present, but you intersperse the opening scene with a series of flashbacks to lay the groundwork you need. This can work, but you need to remember that each of these flashbacks is a lot to ask. Each one will be disorienting and frustrating to your reader at a time when we really just want to hop in the car and hit the gas. One manuscript I read did a big no-no: First we jumped back five years, then seven years, then two years. At least do us the favor of putting the flashbacks in chronological order.
Posted by Matt Bird at 8:00 PM

I guess this is sound advice, but maybe don't follow it too closely. After all, Harry Potter begins with a flashback of 11 years before the main action of the novel begins, and that didn't seem to hurt it too much.

Can the very first scene be a flashback? is it not just the screenwriter entering the movie too early? Dont't we need to be in the present day first to flashback?

If 'Hell of High Water' started when the mother was still alive and the bank was taking over we wouldn't consider this as a flashback?

The reverse of this is quite common, a flashfoward (most of the movie is actually a flashback), that works very well in Micael Clayton. Gilroy shows us a small part of the 2nd Act ending and then jumps back several days to fold it into the first Act break.

I'm fine with starting with a scene in the "past" and then jumping ahead for the main plot of the movie, as long as it's not identified as a flashback, although it's usually not necessary. "Hell or High Water" didn't need a scene with the mom, for instance.

I'm more forgiving of flashforward beginnings, though I know James is not.

"You like that? You want me to cut to three weeks earlier? When you were alive?!"

A half-formed, possibly inaccurate memory: I believe that the flash-forward opening was a staple of stories in the Men's Adventure magazines of the Fifties (nicknamed "the sweats").

You'd open MANLY MAN MONTHLY to the, say, "Hitler's Hell Harlots of the Hague" and boom: "Scorpions pinched my nose as Fraulein Blucher whispered in my ear what unspeakable things she and her Leather Legion would do to with what was left of me. I said nothing and tried to think of a way out of this Dutch Death. When this mission began, three weeks ago, I would not have believed such a thing possible. The day was hot. The captain said, 'Yossarian, we need you...'"

Common in comic books too. Makes sense that it would go in whammy-centric genres, as they're promises ("the start may be a little slow, but don't worry, Big Crazy Action is coming!"), a source of suspense and mystery (Mission: Impossible 3 starts with a flash-forward in which the protagonist's wife is murdered in front of him. How does it come to that? Egad!), and a potential source of dramatic irony ("that little weaselly guy is actually a ninja sous-chef -- they're going to regret pantsing him in act one!")