Storyteller’s Rulebook: Begin by Showing Your Hero Losing Because of His or Her Flaw 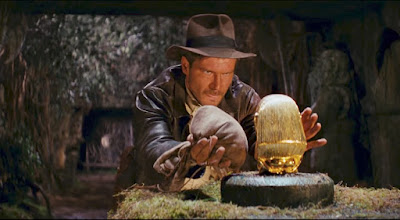 It’s always good to introduce your hero doing something active. If this takes the form of a physical competition, or even just hitting on someone, then it’s good to show your hero lose in a way that hints at their overall flaw, without calling attention to that fact at the time.

The hero will still not realize he or she has this flaw, and the reader may not realize it as well, but for both the hero and the reader, when the big flaw is finally confronted at around the ¾ point of the story, the fact that this first loss also traces back to this flaw will resonate.  Eventually, we want your hero to realize that he or she must overcome this flaw in order to defeat the antagonist and/or win over another character.

Don’t begin by highlighting the wrong flaw, because that can get you on the wrong track. In one book I read for my notes service, the hero lost the competition in the first scene because he was distracted by a woman, conditioning us to think that this will be a problem throughout the book. But this didn’t turn out to be the hero’s flaw. His flaw was that he was too contemptuous and snobby. If he had lost the match because he had too little respect for his opponent, that would have set up the rest of the story better.

Let’s go back to Raiders of the Lost Ark. Indy begins by trying to replace a religious idol with a bag of sand, because he doesn’t see any difference, but the altar can tell the difference, and it triggers all sorts of booby traps that delay him long enough for Belloq to steal the idol. It’s not obvious to us or him at the time that this speaks to his overall flaw, his lack of respect for spirituality, but it subconsciously sets us up for the for the moment when he overcomes his big flaw to “win” at the end (simply by closing his eyes out of reverence.)
Posted by Matt Bird at 8:00 PM

Until you mentioned it, it never occurred to me that there might have been any "active" spirituality in the altar. I always saw him as being a little cocksure in his ability to estimate the correct weight, which resulted in a purely mechanical response from the trap. And after thinking on it, if the Abrahamic god exists (see climax) then the Inca gods do not. This may seem like nitpicking, but I don't believe you can pin that particular failure on a lack of spirituality. I love this blog by the way, you're awesome.

Thanks! I don't think the god has to be real or active. Even if it's just a mechanical process, there's still the subconscious sense that Indy has disrespected the temple's rules, which is a sacrilegious thing to do.

Also, it should be pointed out that the Indiana Jones series plays pretty fast and loose with the concept of "real" religion. After all, the Sankara Stones' power points to the "reality" of the Hindu (?) religion in Temple of Doom, and I think some Christians might object to the Ark of the Covenant still having power in the face of the "reality" of their religion, as proved by The Last Crusade.

Obviously none of that is in Raiders, but I think it points to Lucas/Spielberg's general conflation of "religion" with "magic", which could make the god(s) in the temple just as "real" as the Jewish god who smites the Nazis at the end.

Hell, even in the Hebrew Scriptures, the pharaoh's god is able to turn those staffs into snakes, so it's not even a monotheistic religion so much as "There's only one god you should actually worship."

To blather on about Raiders, the whole opening sequence also establishes the tone brilliantly.

Indy's first seen from behind, a figure in complete control. He knows where he's going, he understands the significance of the dart in the tree, he's unfazed by a man pointing a gun at him, he even knows to gather up a bag of sand to prepare for a trap. On the way to the idol room, he passes the corpse of his rival, showing that Indy (a) has rivals and (b) he's better than them.

Everything pivots after one mistake: when the idol-for-sandbag switch fails. From then on, things keep getting worse. Poison darts fly at him; his guide turns on him; his leap across a pit falls short; the root he grabs to stop his fall comes loose; he’s chased by a giant cartoony boulder; he ends up on the bad end of dozens of angry Hovitos; he escapes them by running like hell and climbs into a plane piloted by a goofball; he freaks out about a snake in the plane. The character who began as a shadowy figure utterly in control despite dangerous circumstances ends up stripped of his prize, soaking wet, and screaming his hatred for a man’s pet snake.

We see that Indy’s a skilled, intelligent, capable man. Then he made a mistake. A mistake anyone could make - how could he know how much the idol would weigh? The thing is, he was smart enough to prepare for the trap itself. But still, he’s not perfect. Then as things skid farther and farther into crazytown, he continues to demonstrate skill, bravery, and smarts, but they aren’t enough. By the end of the opening, we understand that Indiana Jones is smart, brave, tough, and in over his head. And it’s going to be fun to watch.

God, I love that movie.