Storyteller’s Rulebook: Great TV Heroes Should Be Self-Aware, But Not as Much as They Think They Are 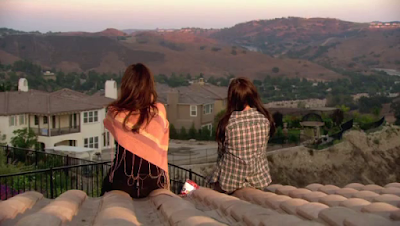 What do Sam Malone, Don Draper and Nancy Botwin have in common? They’re all a little wiser and more jaundiced than the broadly-sketched people around them, but none of them is as wise as they imagine themselves to be.

“Cheers”, “Mad Men” and “Weeds” are all set in worlds that are, in different ways, boorish and crude, and we don’t want to step into these worlds unless we can be sure that the character we care about the most has at least a little more perspective and self-awareness than everybody else there.

And yet, once our heroes have allowed us to hold our nose a little bit and led us into these worlds, we want to then take a step back without the hero. We want to say: “Yes, you’re the wisest one of the bunch, but you’re in it too, buddy.” We don’t want our hero to be pure or all-wise, just a little cleaner and/or wiser than everybody else.

Let’s look at our other TV shows to see how this plays out:
So how do you create a space for the audience that’s slightly outside the world of the show? How do you tighten up that identification, then loosen it a little bit, allowing the audience to take a few steps back when they want to?

Seriously, I asking! I just stumbled upon this rule. If I re-examine these pilots, could I identify a “take a step back from the hero” moment in each one? How do you craft those moments?

Thinking about it now, I guess there’s a moment in each of these pilots, shortly after the hero’s first scene, where we first see the hero lie to himself or herself in a somewhat pitiful way. That’s the moment we’re allowed to step back and say, “Oh, okay, I’m looking down on this world with this hero, but I’m also being invited to take another step back and look down on the hero, too, when I want to. Cool.”

Maybe that moment should be a checklist item? Let’s think about it!
Posted by Matt Bird at 5:38 PM

Based on what you wrote, it'd make a good checklist item for a lot of kinds of stories, but not all. Identification with the protagonist should be uncomplicated if the protagonist isn't the point of the story, maybe? We aren't meant to think about those heroes much at all, just accept them as The Heroes so we can get on with the action. The story isn't about them much at all, and the problems we see are virtually all external to them. You don't want to draw focus from the story and put it on the protagonist in those types of stories. I guess?