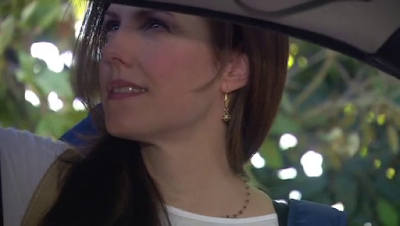 How did “Weeds” convince a well-regarded stage-and-screen-star to commit to an eight-year gig? It offered her a role that was too good to pass up. So what sort of role attracts a star? One that’s full of secrets.

If the basic facts of the hero’s life are a secret to everyone the hero cares about, then the role becomes very interesting to play. Every line becomes pregnant with subtext and every scene becomes alive with danger.

It also helps that Nancy is facing an even higher degree of difficulty because she really doesn’t like to lie. This gives Parker even more to play, because she’s not just trying to fool her loved ones, she’s trying to do so in a somewhat ethical way, which makes her jump through even more painful verbal hoops. Actors love verbal hoops.

It also guarantees something else we’ve discussed before: a lot of potential energy. So many pressing questions are presented by this pilot:
In terms of longevity, one advantage that this show had over “Breaking Bad” is that selling pot is reckless but not unforgivable. Each of the above switches could flip without bringing this story to a permanent halt, whereas Walt’s whole world was destined to end as soon as the authorities or his community found out. “Weeds”, on the other hand, had potential energy that could actually pay off on a regular basis and create a lot of drama along the way, instead of just looming over Nancy’s head like a sword of Damocles.

As I mentioned before, if Jessica Biel is starring in your movie, then you wrote it wrong. If you’re writing for a dramatic medium, then give your actors a lot of delicious ironies to play, secrets to keep, and verbal hoops to jump through. Lo and behold, you’ll attract the sort of talent you need.
Posted by Matt Bird at 12:00 PM

Just one small tweak to offer: this was not her first TV role. She played recurring character Amy Gardner in 23 episodes of The West Wing, from 2001-2006, and got her start on the soap opera Ryan's Hope. But you're certainly right that it took Weeds to tempt her into taking on the starring role in a TV show of her own.

Good point! I'll change it to reflect that.