Straying from the Party Line: Reversing Payoff and Set-Up in The Fugitive 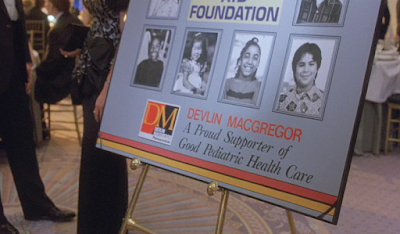 The Fugitive doesn’t plant its clues early on. In fact, it reverses the traditional set-up and pay-off structure. Every time Kimble gets a new piece of the puzzle, we get belated flashes of things he heard on the night of the murder which now make sense to him: We only get the set-up after we’ve seen the pay-off.

Interestingly, this was not the case in the script, which begins with a much longer party sequence in which we hear all of these set-ups casually mentioned. Indeed, director Andrew Davis’s DVD commentary implies that the first cut of the movie matched the script: we’re seeing clips that were originally shot to be in the first scene.

Withholding the set-up until after the pay-off has risks. The movie has a whodunit aspect, but thanks to these withheld scenes, we can’t play along at home, congratulating or kicking ourselves when we see the connection we either noticed or missed. Instead, we feel alienated from Kimble’s quest: we want to help him solve this puzzle, but we don’t have all the pieces, so we can only watch him do it.

Nevertheless this version does work well, and I think Davis was right to reslot those moments as belated flashbacks. Why? Because there just isn’t time to set them up properly. This was never primarily a whodunit: It’s called The Fugitive and the bus crash happens precisely at the 15:00 mark, the point at which most movies get going. If the final cut had stuck to the script, the crash would have happened 22 minutes in, and those extra seven minutes might have left the audience exasperated and bored. 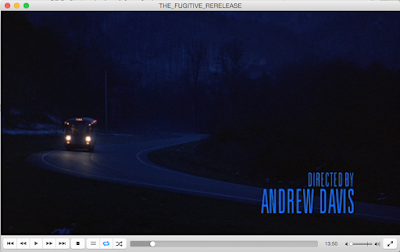 (Davis also does something else to focus our attention on the chase and away from the whodunit element: He parcels out the opening credits over that entire fifteen minutes. This is a clever way to say, “Don’t worry folks, we know that this isn’t what your came here for: the real movie hasn’t started yet.”)

Davis even reverses set-up and payoff within that opening fifteen minutes: In the script, we see her 911 call as it happens, and then we hear it again in the courtroom, at which point we belated realize how damning it sounds. That would have been a powerful and chilling moment, but it also would have been a repeated beat, so in the final cut, we’re belatedly introduced to the 911 call at the same time as the jury. There’s no time for chills: we have a chase to get to.

And of course, the final reason to deny us a “play fair” mystery is that the movie wants to frustrate our expectations and desires. This is a nightmarishly unfair situation, and Davis makes us feel that. His final cut frustrates and cheats the viewer in the same way that fate has frustrated and cheated Richard Kimble. In its own way, that’s only fair.
Posted by Matt Bird at 11:03 PM

'Davis also does something else to focus our attention on the chase and away from the whodunit element: He parcels out the opening credits over that entire fifteen minutes. This is a clever way to say, “Don’t worry folks, we know that this isn’t what your came here for: the real movie hasn’t started yet.”)'

Fascinating stuff. Is this something for which the screenwriters (consciously or subconsciously) paved the way? Or was it purely a canny move on the director's part?

The use of the credits for signposting/pacing in this way doesn't feel that common - these days at least - but I don't watch as many films as you and your esteemed commenters. Does anyone do this sort of thing now?

In other news: so good to have you back!

Writers aren't supposed to say where the credits begin or end (though some cheat and do it anyway), but we do have lots of other framing devices that we can use to say "This is where the real story begins" vs. "This is set-up": http://cockeyedcaravan.blogspot.com/2012/12/how-to-manage-expectations-step-7-use.html

In this case, it seems that Davis was in the editing room and decided that people might get tired of waiting for Ford to go on the run, and begin to wonder "Is this movie about a trial? Should I be remembering these details of the crime? Am I watching a real whodunnit?" So he parceled out the credits to say "No, this is just set-up and it isn't really that important. You shouldn't try to solve the mystery on your own. The real movie is about to start."

Related to genius-moves in the way things are setup ...the interview scene with Kimball and the detectives was added late in the process (as I understand it) - and Ford carefully avoided seeing the detectives' lines, improvising his own performance - one take. He thought this would bring reality to the sense of panic and indignation re: the false charges ... I'd say that worked.