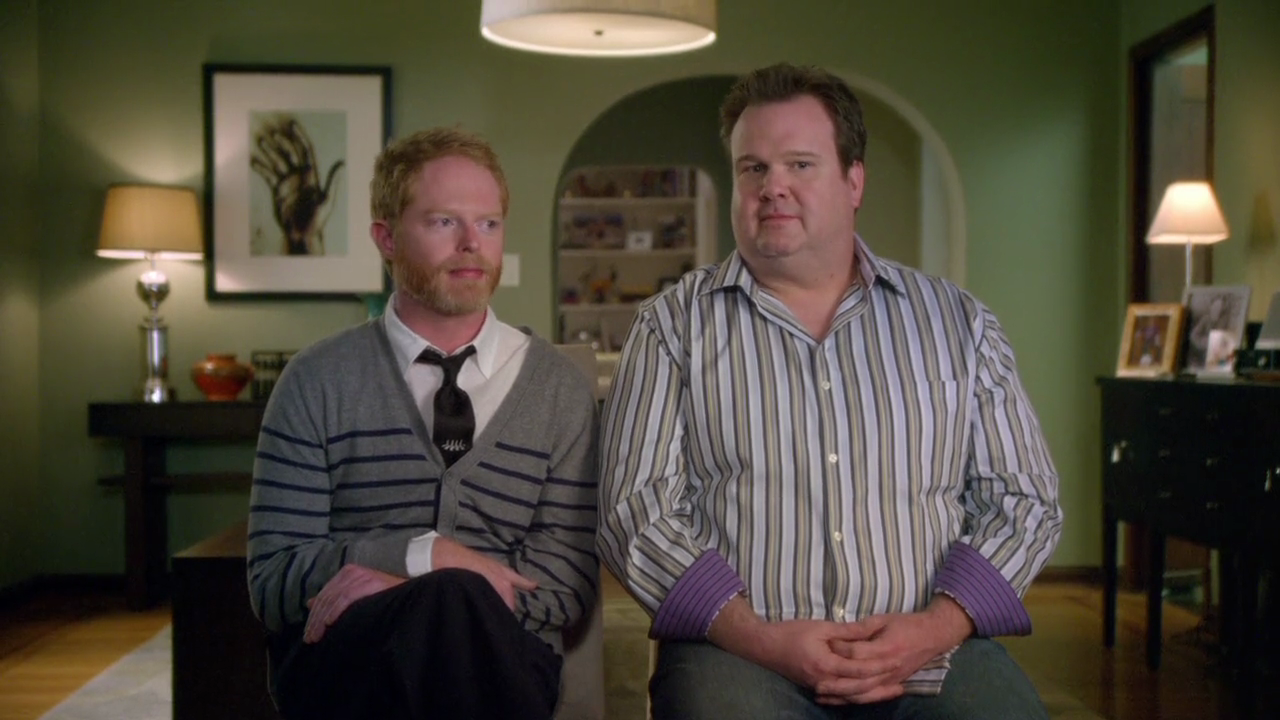 The “Modern Family” pilot stumbled on the checklist far more than I expected, but the two sections it totally aced are “Scenework” and “Dialogue”, which is no surprise: those have always been the high-points of the show.

Here are two great jokes that also set up the fault-lines within each relationship in wickedly concise ways. The first is from Claire and Phil’s interview:
And here’s one from Mitchell and Cam’s interview. Cameron attributes his weight gain to a nesting instinct and then says with a shrug:
Both of these examples were not in the script, possibly because they both involve vocal nuance. Standard teleplay format, for a variety of stupid reasons, doesn’t really allow for italics (you get in trouble for adding it, and the italics-font looks really awkward.) This is partially because actors don’t want to be told which words to stress, but the fact is that both of the above jokes only work if the person reading the script knows where the stress will be.

The unfortunately consequence is that screenwriters are less likely to write nuanced jokes, for fear that they won’t land with readers. As a result,  jokes like those quoted above are far more likely to be created on set. Nevertheless, writers should try to create them on the page, even it means breaking the anti-italics rule.
Posted by Matt Bird at 8:00 PM