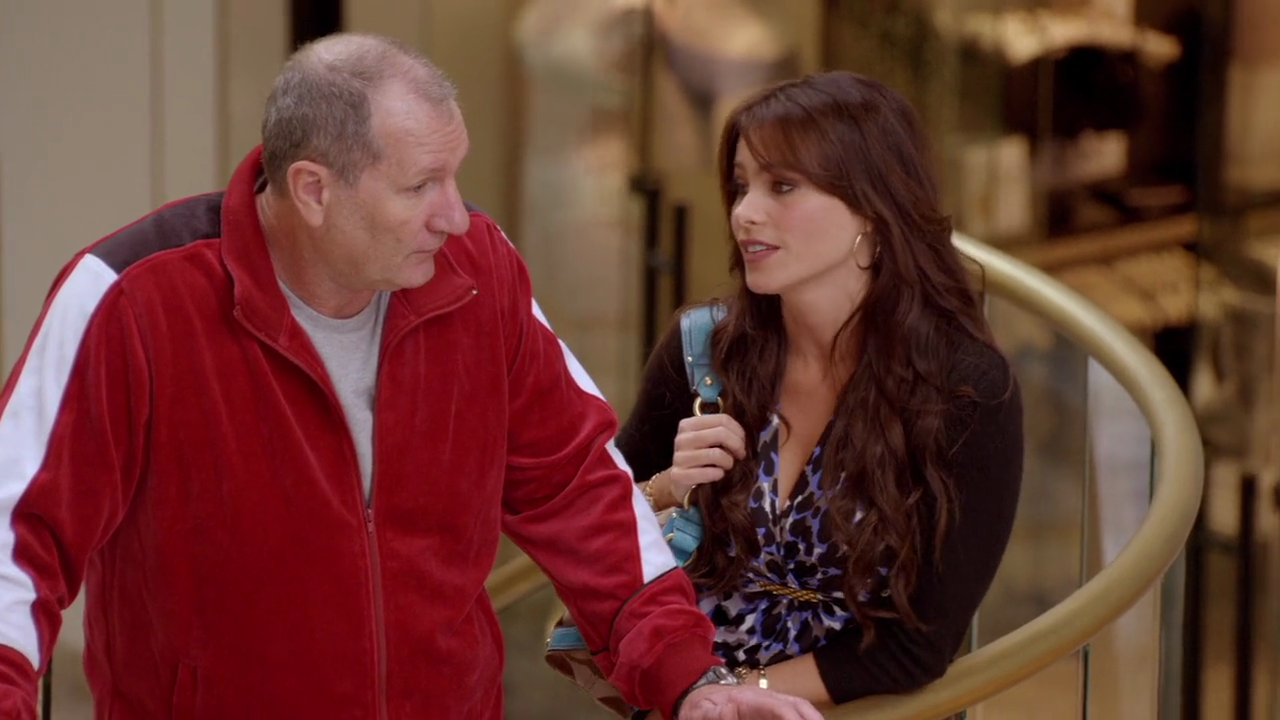 Next time, we'll talk about the ways in which the “Modern Family” pilot gets us to accept Jay and Gloria’s May-December marriage, but before we get to that, it's interesting to note that they cut out the description of how Jay and Gloria met, though it can be found in the original script:
It was smart to cut this. In our eyes, it turns him into a mere horndog, her into a mere bimbo, and their relationship into a punchline. Worse, it feels as if the show is still trying to weasel out of something by inserting the fact that the wife was already out of the picture.

(This reminds me of the great scene in “Mad Men” where Don introduces his new wife Megan and she feels she must interject that they didn’t meet until after the divorce, then instantly regrets it: She realizes that defensiveness just makes her look bad, and calls attention to the fact that her relationship is still inappropriate in other ways: the age difference, marrying his secretary, etc.) 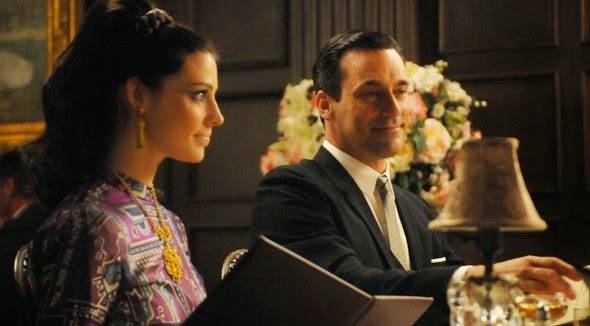 Instead of including the explanation, the final version of the “Modern Family” pilot just lets us wonder, which is for the best. They know that we desperately want to condemn or approve this marriage based on how they met, but instead we have to judge them strictly on the basis of how they are together now, which is how it should be. And the truth is that it’s a good marriage, no matter how it started.

This confirms two rules: Define your heroes by their current actions and attitudes as opposed to their backstory, and only reveal that backstory if it’s ironic. The backstory they originally included for Jay and Gloria was entirely unironic: in fact, it’s exactly what we’d expect. This makes it feel utterly unnecessary, inserted just to tell us information.

The final pilot includes an “origin story” for only one character, Claire, because she’s the only one with an ironic backstory: We hear that she was a wild girl in high school, which ironically contrasts with her current behavior. That’s the kind of backstory you need to reveal (and the only kind you should reveal).
Posted by Matt Bird at 8:00 PM

I love the ironic backstory rule. So many writers need to learn this. It all comes from one of your pillars: irony creates meaning.