Storyteller’s Rulebook: The Ending Should Lean Towards One Side of the Thematic Dilemma 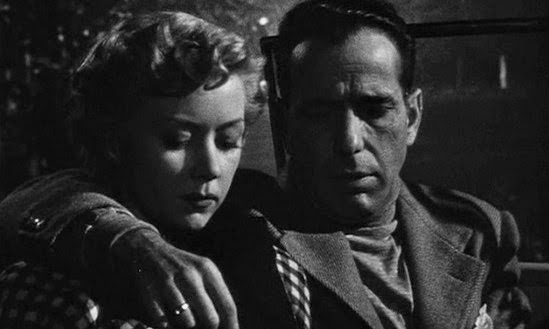 In the original post where I laid out the concept of a good vs. good dilemma, I talked about how the ending usually tips more to one side than the other. I cited example there from the first three seasons of “Lost”, but let’s expand that here by looking at our Checklists for more examples…

Your theme should take the form of an irresolvable dilemma, and so you should give both sides equal weight for as long as possible… until the climax. The trick is to come up a finale that addresses this conflict, and says something concrete about it, without definitively declaring one side to be right and the other side to be wrong.

Some would say the climax should simply re-state the thematic question in light of all that has occurred, but I would say no. I think in most cases it's important to tip slightly in the direction of one of the warring goods or bads at the end without dismissing either.

Let’s go back to data-mining our checklists. Each of the movies I looked at has an irreconcilable thematic dilemma, and nine of them tip toward one side in the end, but not definitively:
But now let’s look at the exceptions. Two of our movies end up tipping almost entirely to one side of the dilemma:
Finally, three of our movies end with their moral dilemmas still totally unsettled:
So obviously, each of these can work: you can resolve the dilemma definitively, or tip to one side without resolving it, or leave it totally resolved, but the middle option is the most common and usually the best bet. You have something to say, so say it, but you don’t want to take away from the fundamental power of this irreconcilable dilemma.
Posted by Matt Bird at 8:00 PM

No surprise that I'll disagree slightly with your reading of the ending of BLUE VELVET. Sure it's ambiguous and unresolved. But I'd argue that there's no evidence Jeffrey has either acquired or succumbed to a "yawning chasm of dark cynicism." And I'd go even further and say that to not see how BLUE VELVET's ending tilts toward the good, in all it's florid corniness, is to not understand Lynch or the film. When it comes to the extremes of the darkness and the light, it's not really an either/or situation for David Lynch so much as a both/and.

But that's sort of my point: Jeffrey goes from seeing it as "either/or" to accepting is as "both/and", which is a big change for him.

Yeah, but accepting the reality of evil in the world isn't at all equivalent to embracing it. And that's where I feel like you're overstating the case, both for Jeffrey and for Lynch.