A short one today before the big climax tomorrow... 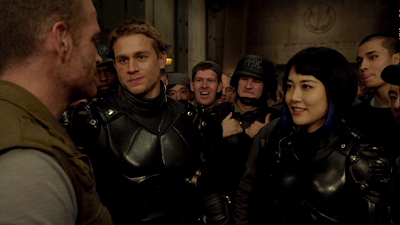 Pacific Rim feels like it’s over 90 minutes in, (which would have been a much better length, as Gravity showed us). Our heroes have successfully overcome their personal problems, learned to work together, killed every monster on Earth and received a hero’s welcome. But, as it turns out, there’s still 40 minutes left! To fill up the rest of the time, they have to generate up a new personal storyline, involving their boss’s illness, but it’s too little too late.

If they were going to stick with the mind-melding idea, then they would have needed to create a finale in which our heroes can’t finish the final monster off until they resolve the problem that’s been keeping them back the whole time. Then one of two things happen: either we see them solve it moments before they use the resulting power to kill the monster, or we see them kill the monster, then let them have a conversation later about how they were able to pull it off, and only then realize what they’ve achieved. 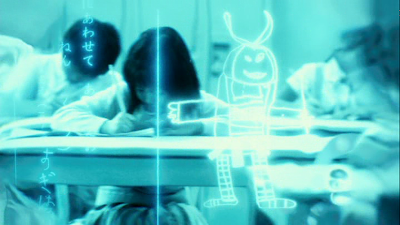 Which finally brings us to my biggest problem…
Posted by Matt Bird at 8:00 PM

Thor: The Dark World was in every respect a pretty bad movie, but this was the thing that really annoyed me! The stuff between Thor and Loki gets resolved (or so it seems), and you still have another 30 minutes of bad science, boring secondary-character romance, and things blowing up.