Podcast AND Storyteller's Rulebook #200: Don’t Ignore the Irony Inherent in Your Premise

A two-fer today!  First we have a new Podcast: I was once again a guest on James Monohan’s Narrative Breakdown podcast, and this time we talk about flaws and flip-side strengths!  But of course we don’t want to slow down our 13-part series either, so let’s also do:

A few years ago, Denzel Washington directed a highly-fictionalized “true story” about a debate team at an all-black college that gets to challenge the Harvard team in the 1930s. As it happens, the team gets assigned to defend the proposition that blacks should have equal rights. They do a good job with that and win. Yay. 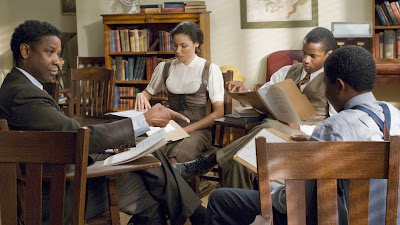 The Great Debaters commits the cardinal sin of all hokey period pieces: It irons out the irony. What makes this so frustrating is that there is a ton of irony inherent in that premise. Here’s why college debate teams are interesting: you don’t get to choose which side you argue. That gets randomly assigned. So what if the black team had been assigned the anti-civil rights side of the argument? Then you would have one hell of an ironic movie! 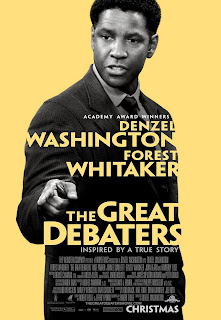 It would be super hard to want to do, of course, and they would balk, but then, after a few stern speeches from Washington, they would realize that this was their big opportunity. They would have to create devastating anti-integration arguments, proving that blacks weren’t the equal of whites...but the more they proved that blacks weren’t equal in theory the more their eloquence would prove that they were equal in reality!

At that point you could end the movie either way and it would still be powerfully ironic. With that ending in doubt, the whole movie would come alive. Instead, with the version they made, we know the whole time that there’s only one way to end it, unless they want to make it look like this whole integration business was a big mistake.

Pacific Rim has a similar problem. People control giant robots to fight giant monsters...What kind of people? Well, our hero is big strong meathead who’s pretty good at beating people up even without the world’s biggest pair of brass knuckles. Where’s the irony in that? (This is like Green Lantern, where the power of flight was granted to someone who already had the power of flight.) 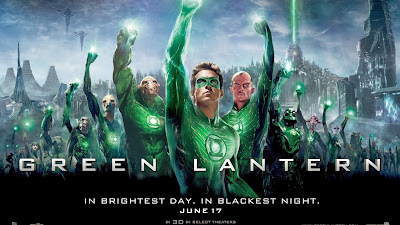 So who should have been the hero of Pacific Rim? Well, you don’t have to look far. Every time Charlie Hunnam is on screen, the whole movie falls asleep, but the big subplot stars a cocky little tattooed geek-scientist played by Charlie Day, and every time he appears the movie suddenly comes alive. It shouldn’t take a genius to figure out that he should have been the hero: After all, the whole point is that it takes a lot of brain power to run the robots...so why not choose a little genius with a huge personality? 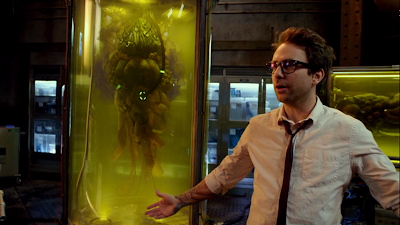 This would have made that misleading tagline come true: “To Fight Monsters, We Created Monsters.” In this version, we watch the power go to the head of this little dynamo now that he can finally kick ass for the first time, then we see him gradually realize that real combat requires military discipline and true humility! That sounds like a much better movie to me.
Posted by Matt Bird at 12:00 PM

Here's another story idea:
You need two people to pilot the robots. The brain-match between these two people is very particular and ALMOST irreplaceable (ie, you need 2 people with identical "neural signatures" or whatever… kinda like an organ transplant). All their hopes are pinned on this one pilot team that they've been grooming for months. They're the best one yet. Humanity, rejoice! But when this roboteam goes out for their first actual monster fight, one of the pilots dies (how does he die? I don't know, but some particular way that pays off when you repeat the same scenario later). Anyway: Oh shit! Now they need someone with the right neural signature to step into the dead man's place and keep the dream alive. They search high and low, and the only person they can find is a convict who happens to be one of the smartest people ever but is dangerous and immoral. Yadda yadda yadda, redemption story.

I'm with you on the diagnosis here and the incisive digression about THE GREAT DEBATERS, but maybe no so much on your prescription for a cure.

Charlie Day's performance is certainly lively compared to the stolid delivery of the film's ostensible star. But I wouldn't say the film "came alive" during his scenes so much as it came to a screeching halt. For me, the Day scenes are a prime example of the tonally misjudged mechanical "comic relief" scenes I was arguing against in the monotonous intensity thread.

And I'm also pretty sure that nobody would want to make or see a sci-fi action movie in which Charlie Day plays the real hero. You might be able to get away with a bait and switch, by subbing in a nerded out star (Kurt Rusell in glasses) to take the place of a red-herring lead who suddenly gets offed.

Sometimes one must come to a halt in order to come alive, I say!

I have to say, I HATED the scenes with this guy. Totally agree with JS, it was a tonal disaster, horribly directed.