What's the Matter With Hollywood: Those "American" Accents

I hate watching a movie or TV show knowing in advance that a so-so foreign actor will be attempting an American accent, but it’s far worse when I don’t know beforehand, and find out the hard way. 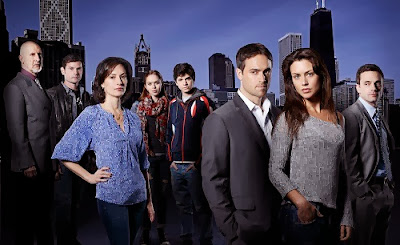 I try to watch every TV pilot each season, but I was unable to finish the pilot for ABC’s soap opera “Betrayal” because the whole show is set in motion by a romantic rooftop scene where our star-crossed Chicago lovers stand in front of a Chicago skyline and talk about how very Chicago-ish their lives are…but they’re using two of the most bizarre British-American accents I’ve ever heard.

I was aware in advance that Stuart Townsend was British, because I’d suffered through his pseudo-accent in the “Kolchak” pilot a few years ago, but the actress was new to me, and I naively assumed she was American…until I started wondering what the hell was wrong with her voice.

Of course, I don’t know why I assumed that, because I knew full well that almost every American on American TV these days is played by a Brit.

Every time I get to hear a showrunner speak (Matthew Weiner, David Milch) they complain bitterly about the intense pressure they get from networks to cast Brits in all of the lead roles, despite the fact that their accents are often atrocious. Tom Fontana told me, of a certain British TV actor he refused to hire, “The network insisted that he had a perfect New York accent, but if that’s true, there must be sixth borough in the middle of the Atlantic!”

As for why the networks cast British women, I have no idea, but as for the men, I’ve heard two theories:
I’d like to believe that neither of these is true...Maybe there’s some better explanation I don’t know about? 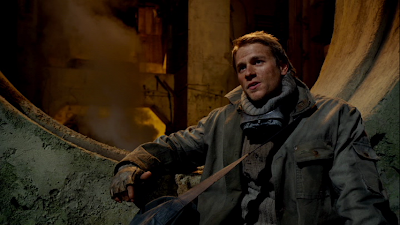 I never watched “Sons of Anarchy”, but I knew Charlie Hunnam had been playing an American on that show for years, and the show is fairly well regarded, so it never occurred to me to worry about his American accent in Pacific Rim…until he opened his mouth, and my jaw hit the floor.

What the hell is this supposed to be: “I wuz steel connaykted to mah brutha when he duyed!” It seems to be some bizarre mix of northern England, Brando-Brooklyn, and California surfer.

Sure enough, as with the nuke problem, I had to go home and google this to make sure I wasn’t crazy. Nope, I’m not the only one. What the hell? Have Hollywood types surrounded themselves with Brits for so long that they can’t hear the difference?  This kills movies and TV shows.  Don’t they get that?
Posted by Matt Bird at 8:00 PM

Yeah, remember how much The Wire sucked? Oh wait…

But yeah, except where strictly necessary for story authenticity, actors should probably just talk in their real accents.

Don't get me wrong, there are plenty of great British actors like Dominic West and Idris Elba who do flawless American accents and deserve the American roles they get ...but now that you mention it, Aiden Gillen's accent on that show was always a little dubious.

When McNulty yells, he sounds like a Brit! I forgive him.

Heath Ledger managed a decent South Side Chicago dialect for the Joker. But then he actually put in the work.

There's no help for it: we must recruit a generation of strong-jawed young American actors and give them undercover identities as Brits.