Straying From the Party Line: Right and Wrong in Sunset Boulevard

One last note about Sunset Boulevard... 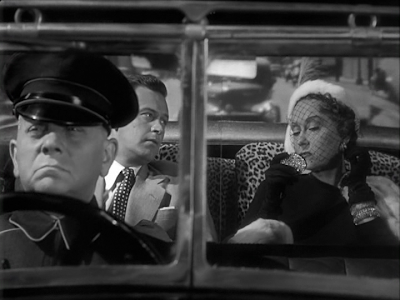 Here’s another question that got a “no” from Sunset Boulevard (and relates to what we were discussing last week.): It doesn’t create its own independent sense of right and wrong.

What’s an example of a “dated” movie? Many would cite something like Easy Rider, but I would disagree. Yes, it’s entirely a product of its time, and deals with topics  that don’t concern us much today, but it doesn’t make false assumptions about how we’ll react to the things we’re seeing. In fact, Easy Rider feels startlingly contemporary: it assumes, presciently, that the hippie movement is doomed, and the drug culture will enrich the dealers without liberating the users. If you told me that the movie was a period piece that was made last year, I wouldn’t be that surprised.

So am I saying that works won’t date if they’re cynical? No, cynical works can date too, if they’re cynical in a dated way. Look at another movie from the time, I Love You Alice B. Toklas, which assumes that we’ll find we’ll instinctively identify with a businessman’s mix of revulsion at hippie guys and lust for “free-love” hippy girls.

To me, a work is dated when it assumes that we’ll have reactions that modern audiences won’t have. This is one big reason why stories have to create their own sense of right and wrong, instead of relying on the sense that the audience brings with them…because otherwise you can’t know how later audiences are going to feel.

Sunset Boulevard has aged well, overall, but it does contain some dated aspects. It assumes that we’ll have an inherent revulsion at the idea that a man might benefit from the largesse of his girlfriend (and underneath the surface of that is a discomfort at the very existence of independently-wealthy women.) Of course, in modern America, many wives and girlfriends are the breadwinners, so we don’t see the problem.  Sunset Boulevard just assumes that this is wrong, but it doesn’t make it wrong.  As a result, it’s hard for a modern viewer to identify with Joe’s sense of humiliation.

Last week, in the comments, we talked about the dangerous notion of “human nature”. Over the last three decades, scholars have shied away from this term, fearing that it is hopelessly knotted up with racist and misogynist assumptions. Some say that the only way to purge those assumptions is to reject the entire notion of human nature, and declare all peoples, places, and times to be independent entities, without any universal behavior patterns or values.

But I feel that it’s necessary for fiction writers to continue to grapple with the notion of human nature. I feel that it’s our job to pick apart that tricky knot, snip away the dated assumptions and identify the truly universal threads that underlie all human behavior, such as the Kubler-Ross arc that unites “Gilgamesh” with Groundhog Day, despite the wildly different times and places in which those works were composed.
Posted by Matt Bird at 8:00 PM

"Of course, in modern America, many wives and girlfriends are the breadwinners, so we don’t see the problem."

Not according to the men I've known. This attitude is still very much prevalent. It's just not discussed openly.

I don't think it's JUST a matter of Norma being the breadwinner. There's also the enormous age difference between Joe and Norma. If they were both the same age, I think the story would have a very different vibe. I agree that Joe would feel the burn of being a kept man more than a modern man, but he feels it a lot more intensely because the age difference between him and Norma makes it very clear that he is a sugar baby. That's WAY beyond simple "wife is the breadwinner" territory.