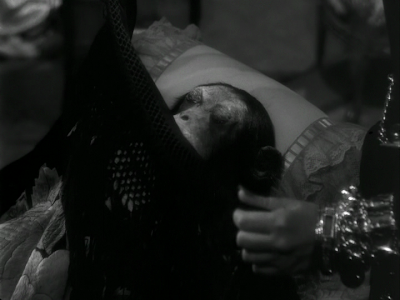 In Brian MacDonald’s book “Invisible Ink”, he introduces the concept of clones, characters in the hero’s life who represent possible outcomes, either as cautionary tales or as potential role models. I refer to such characters as parallel characters.

In Billy Wilder’s Sunset Boulevard, what happens if burnt-out screenwriter Joe Gillis stays with deranged ex-screen-star Norma Desmond? He has his answer in the form of Max, her ex-husband who has now been reduced to the role of butler and chauffer, forced to watch her pursue younger men. (And don’t forget another version of that outcome: When Joe first arrives she’s arranging the burial of her longtime pet monkey, insisting that he be buried right there on the grounds, even if that’s against the law.)

So what happens if he tries to leave her? She’s writing a screenplay about Salome, who demands the head of John the Baptist by doing the dance of the seven veils. Later, when Norma’s dancing with Joe, she throws her own veil on the floor.

And then there’s the ultimate parallel character: Norma herself. Joe tells us that his goal was always to be successful enough in Hollywood to get himself a pool, and then he meets a superstar that has one…but at what price? If he finds success, will he end up like her?

But wait, what about Betty Schaefer, the idealistic young screenwriter who wants to work with him? That’s the one character he wants to emulate, but it’s hopeless. The most heartbreaking line in the movie is when Joe sadly says to Betty, “What a wonderful thing to be 22.” That’s when he realizes: She’s not a possible future for him, he’s a possible future for her: the cautionary tale about the danger of burn-out. 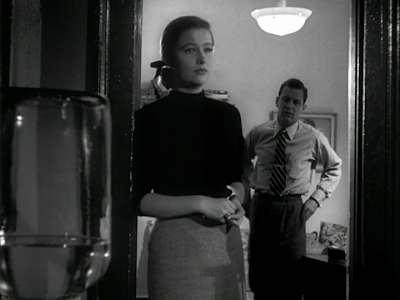 When Joe tells Norma, “There’s nothing wrong with being 50, as long as you don’t try to be 25,” he’s giving her the best advice she’s ever gotten, but he’s really telling himself something: he can’t start over with Betty. He can’t pretend that he still believes, because then he’d be just as deluded as Norma, and Betty would become his Joe, forced to maintain his illusions.

Even if he wanted to, Joe doesn’t have the talent to become Norma, so that leaves Max, the monkey, or John the Baptist. In this faces of these parallel characters, he sees all of his potential fates. For better or for worse, he chooses the third.

Of course, there is another parallel character hovering over the film. Joe never specifically mentions him, but we can infer his existence: the old man who had the desk across from him when he wrote for the Dayton Evening Post, before he left for Hollywood. Joe has spent the last ten years fleeing from that fate, but now he realizes that he’d be lucky to end up in that man’s shoes, if only he could make it out that gate…

Wilder himself never stopped dreaming of his comeback: in the 21 years between his last movie in 1981 and his death in 2002, he still went in to his office at the studio everyday and sat at his desk from 9 to 5, talking vaguely about projects that never came to fruition. Why didn’t he simply retire at some point, take his millions and start living the good life?

In the face of Norma Desmond, Joe sees the true tragedy of money-hungry America: Those who achieve the most are those for whom nothing is ever enough…which means that the successful are even more miserable than the unsuccessful. Joe finally realizes that he doesn’t want it enough…and that’s a good thing, because there’s no middle ground between not wanting it enough and wanting it too much. You have to choose one or the other…while you still have time left to choose.
Posted by Matt Bird at 8:00 PM

i'm not sure if I gleaned any writing ideas from this post, but i loved it. not many people out there in the world of blogs are talking about screenwriting on your level. thank you!

Even apart from the rulebook and writing advice: excellent essay. Thanks.