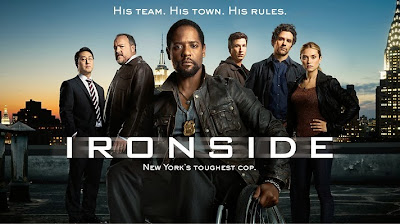 This applies to movies, too, but it’s especially applicable to TV pilots: A major character’s backstory cannot be revealed simultaneous with that character’s first appearance. It can be revealed before he or she appears, or at least one scene later.  If the latter, it should ideally be revealed one or more scenes after someone asks about it to no avail. Audience could care less about backstory, unless they’ve been specifically denied it…then they’ll crave it.

Let’s compare these three situations:
It should be obvious that the first version is terrible and the next two are much better.  Of course, the other two take more time, but it’s worth it.

The issue is that you should only reveal a backstory if it’s ironic, but you can’t introduce two ironic aspects of a character at the same time.  Irony is defined as the any meaningful gap between expectation and outcome.  Without the gap, there’s no meaning. You must establish first one aspect, then ironically reverse it once we’ve had some time to accept the original notion.

It’s okay if they already know the backstory in advance, and it’s okay if the audience finds out later, but trying to do it at the same time is like saying “here’s who this person is, but wait he’s actually much more interesting than he seems if you’ll just let me explain!” Nobody wants to hear that.

They screw this up in so-many bad pilots, but let’s pick on NBC’s shortlived remake of “Ironsides”. One of the cops seemed totally dull in the present, so they instantly told us his past: he was a Wall Street broker who quit to become a cop! And then they mentioned it again. And again. This was hopeless: Backstory always fades away, so a character’s present actions and attitudes must be fascinating, even if we never know their past.  Afterwards, hearing the ironic backstory further enriches a character who was already compelling.
Posted by Matt Bird at 8:00 PM