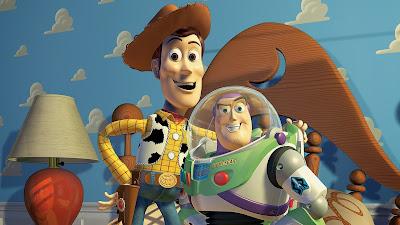 PIXAR had a problem. They had pioneered the idea of computer animation and made some very appealing short films featuring a jumping desk lamp, so they were eager to move into features ...but their technology seemed to have huge limitations.

There was a reason that they had been anthropomorphizing lamps: they just couldn’t get the hang of creating hair or warm-looking skin, which seemed to mean that they would never be able to feature human characters.

They parleyed their short Tin Toy into a first feature called Toy Story. While that was in production, they sat down for a now-legendary lunch in where they tried to figure out the future of the company: they couldn’t make movies about toys forever, but how many movies they could make about heroes without hair or warm skin?

In addition to more Toy movies, they wound up brainstorming a list of five more ideas, all of which eventually got made:
Once they had their list, they realized that had a really hard job ahead of them. The problem was that all of these potential heroes would be hard for audiences to identify with…in large part because they lacked hair and warm skin!

So was it worth doing? Was there any point in making movies about such unlikely subjects? Yes, but they’d have to make up for the inherent liabilities with extra assets: they would have to create heroes that were extra-lovable, extra-compelling, extra-human. 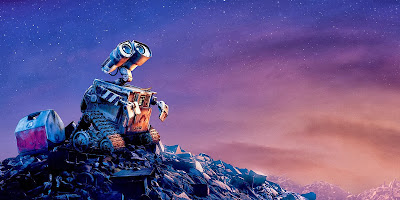 Faced with such a daunting task, they had to admit something that no one else in town was willing to say out loud: the Hollywood way of crafting stories was broken.

In the heyday of the studio system, as historian Thomas Schatz famously described in his book “The Genius of the System”, the studios managed to closely manage their artists in a way that unleashed creativity instead of stifling it. During the system’s peak, from the mid-‘30s to the mid-‘40s, they somehow created something unprecedented and never again replicated: quality and quality control at the same time.

PIXAR realized that, if they were going to create five very expensive movies about five different types of hard-to-like creatures, they were going to have bring back that studio spirit. This meant that they had to bring back the idea of the “story department”. Egos had to go out the window, replaced with rigorous group critiques. Everything was constantly second-guessed by their “braintrust” and whole movies were sometimes sent back to the digital-drawing-board.

The results, as you probably know, were stunning. They were creating characters that were so lovable, even people who disliked computer animation were flocking to the theater every year. More than any other studio name in town, “PIXAR” came to mean quality.

And then a funny thing happened: they ran out of limitations. Now that they can tell any type of story, the PIXAR name has started diminish in the public’s eyes. They aren’t bending over backwards to make us fall in love anymore, because they seem to feel like their new human characters should be inherently likable.

But no character is inherently likeable. Even if you’re making a live-action movie, your character are just cold constructs until you hook them up to a lightning bolt and jolt them to life. Every character starts off as a bug, a fish, a car, a robot… they only have as much life as you give them. I wish that every studio would take PIXAR’s lead and bring back story departments, but unfortunately, it seems PIXAR is joining their competitors instead of beating them. 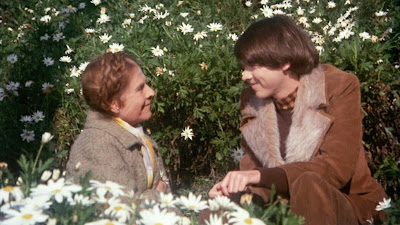 Meanwhile, if you don’t run a studio, what lesson can be learned from this? Limit yourself. Put yourself in a box and try to figure out how to do great work inside of it. Can you write a great thriller set entirely in two apartments, like Bound? Can you make people cheer for a love affair between a teenage boy and an eighty-year-old woman, like Harold and Maude? Can you make an entire super-hero movie out of found footage, like Chronicle? Can you write a silent movie, like The Artist?

Hold your own feet over the fire. Create a situation where you find yourself saying “This will only work if I do everything right.” Because guess what? That’s always true.
Posted by Matt Bird at 9:58 AM

The story department was always a Disney thing and Pixar just kept doing it but doing it better. As much as you talk of limitations on the one end, it seems Pixar was also very open in the way it ran its studio. Their head talent was totally of the animation production culture that was defined by Disney as the gold standard for decades. Obviously computers changed the specifics of the contingent talents to 'render animation', and they got a lot of new perspectives into the company from outside of Hollywood and Disney-artistic-industrial-culture.

It's important to note that Anonymous is talking about Disney under Walt. Not the corporation nowadays. A crucial component of Hollywood at the heyday of the studio system was a cadre of execs who lived and breathed story. The problem today is that everybody in charge thinks they know story, but almost nobody is willing to listen with the anything-goes openness and concomitant harshness of a Pixar braintrust critique.

There's another secret to Pixar's success. For all of their pre-viz and script meeting murder boards, all of their hard-won knowledge about storytelling, they work by trial and error. Much in the way that Charlie Chaplin used to shoot. If a gag wasn't right, he'd chuck it and start over the next day with the same gag or something else. Since Kubrick died pretty much nobody gets to shoot that way in meatspace. But Pixar is smart enough to know that harddrive space and tech-rendering time is as relatively cheap as paper when it comes to going back to the proverbial drawing board vs. releasing a sub-standard product.

A lot of poets are behind you here -- they know that much of the point of writing a sonnet, a villanelle, a sestina, is that the restrictions force you to make discoveries you never would have found if you were free to suit your initial inclinations. Shoot, "nonce" forms are forms where the poet has made up rules for the joy of seeing what will happen. Perfect sense that it would work for story, too.l