Rulebook Casefile: Manipulating the Plot to Empower the Rookie in Silence of the Lambs

Silence of the Lambs Week Continues! 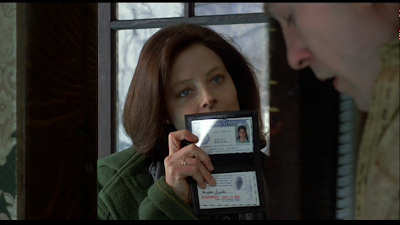 As I discussed before, focusing your story on a rookie has benefits and liabilities.

On the one hand, we’ll identify more with the hero, since we, too, have just jumped up to our neck into this world—She needs to hear a lot of the same exposition that we need to hear, so sitting on her shoulder is a good place for us to be.   She’ll also be more of an underdog, and less powerful, increasing our fear for her, and making it more of a triumph if she succeeds.

But, on the other hand, it’s easy for an audience to get exasperated with a rookie.  We always want to root for the person who’s most qualified to solve the problem-- if she has a smarter boss, why aren’t we rooting for him? And how can we agonize over her decisions if she’s not the one with the final decision-making power?  The more high-stakes things get, the more likely it is that she’ll have to simply hand-off the problem, which would be a huge anti-climax.

Each of these questions could be dealt with by making Clarice more of a “renegade”: “Put me in charge, boss!  You’ll see that I’m as smart as you and you can trust me to make my own decisions!” Or:  “You’re wrong, boss, and here’s my badge!  I’m going solo and I’m going to solve this problem on my own!”

But this isn’t that type of movie, thankfully, and it doesn’t have to be.  Instead, Ted Tally subtly tweaks the plot in many different ways to create the right circumstances-- The character doesn’t put herself in charge, the plot puts her in charge:
The casual viewer does not notice any of these manipulations.  It just seems natural that Clarice solves the case, because Tally has anticipated those five questions, and subtly taken them off the table before the viewer ever gets a chance to ask them. But if he hadn’t done that work, we would get annoyed by each one, constantly saying, “I don’t buy it.”
Posted by Matt Bird at 8:00 PM

To be fair, in this case, it's almost entirely Thomas Harris who anticipated and then answered those questions. Ted Tally just kind of got out of the way. Harris wrote at least one other really great thriller called RED DRAGON, the prequel to SOTL, which was made into another very good film by Michael Mann called MANHUNTER. What else has Tally done? A few plays of no note, a handful of bland literary adaptations, producer of Brian De Palma's worst movie and screenwriter for the the travesty of Brett Ratner's craptastic remake of RED DRAGON.

Clarice is a great example of a protagonist who is the best and only person in the world who can solve the problem.

She has the combination of intelligence and detective skills to solve it, plus the look and personality to befriend Lecter and get the required info.

Thanks for letting me know that the problem with seeing the table in the first post in this series was a problem with Firefox. I tried again with Chrome and was able to read it with no problem. Well worth the effort!