How To Write Every Day, Part 2: Write it Badly Today So You Can Write It Better Tomorrow 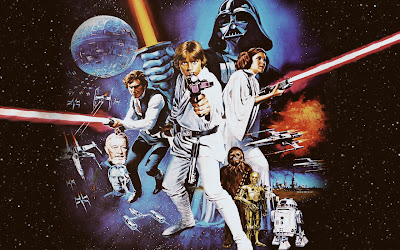 Here’s the number one thing that used to trip me up: I would sit down to write the next scene in my outline, only to realize that what I had planned didn’t quite work.  Then I would sit there, fingers perched above the keyboard, trying to fix it in my head before I began writing.  Soon I would boil over with frustration and give up.

One solution to this problem is to close the screenwriting software, open up Word, and start brainstorming new ways to write the scene.  This is sometimes necessary, but once again, as I warned of yesterday, it involves abandoning the hard work of writing pages in favor of the fun work of spitballing.

Inevitably, as soon as I re-entered “anything-is-possible-land”, I couldn’t stand to go back to the cold, hard reality of writing actual pages, which are always much more disappointing.  Instead, I would fall in love with the world of possibilities I had opened up, and give myself “a night to think it over”.  But that meant I had gone a day without writing any actual pages, and once I had taken a day off, the force of habit was broken, and it become too easy to stop altogether.

Now I know better: If I can’t figure out a better version of that scene, then that’s fine: I just write the lame, clichéd first-instinct version in my head.  As a result, one of three things tends to happen:
All too often, if you can’t solve a problem with the scene you’re about to write, it’s because you’re misdiagnosing the problem.  If so, the only way to correct that diagnosis is to start writing the scene, even if you already know it’s not going to be any good.

George Lucas didn’t wait until Luke Skywalker was perfected in his head to start writing Star Wars.  He wrote down the dumb first version that popped into his head, The Adventures of Luke Starkiller as Taken from the Journal of the Whills, then said, “Gee, this isn’t very good,” but there are a few elements that work, so let’s start re-writing, and re-writing, and re-writing…

Once you accept this, it makes writing everyday a lot easier.  Even if all you do is re-write from scratch the same scene you wrote yesterday, that still counts!  Writing three pages a day doesn’t mean that you’re going to finish a 120 page screenplay in exactly 40 days.  If you’re constantly re-writing bad pages from scratch, it might be more like 90 days.  But at that rate you’ll still be writing four screenplays a year, which is plenty.  The important thing is that you never stopped writing pages, and never lost your momentum.

But wait, you may ask, what if I can’t go forward, but I’m not ready to re-write what I just wrote, either.  That’s tomorrow...
Posted by Matt Bird at 8:00 PM

Great advice. If nothing else, at least you've learned what doesn't work. That often sparks ideas for what will work. Other times, by forcing yourself to work through the problem, you will inevitably come up with solutions. If you stayed outlining, that would never happen.

This reminds me of one of my favorite quotes, "Don't write it right. Write it down." I'm not sure who said it, but it's good advice.

"Now I have something to fix!"

This was a pretty an eye-opener for me. Bless ye for your blog