How To Write Every Day, Part 3: Turn on a Dime 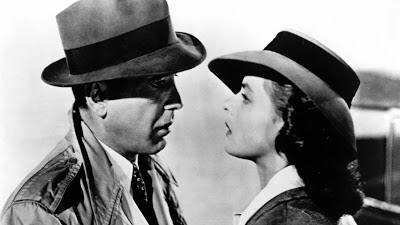 My film school should have more accurately been called “Film Fantasy Camp”.  Whenever one student would gingerly suggest that another might want to re-conceive a troubled project, the teachers would explode with anger: That’s a bad note!  You can’t suggest major changes!  You’re supposed to be helping your peers perfect their own unique and personal vision, not impose foreign, external notions of how movies “should” work!

And that would have been true ...if we’d been on a “Screenwriting Cruise” with a bunch of moonlighting dentists who wanted to finally write those dream projects they’d been tinkering with, and then use their savings to turn those screenplays into a real-life, honest-to-gosh movies.

But we were kids, borrowing hundreds of thousands of dollars in student loans, and desperate to pay them off one day by selling screenplays to willing buyers.  For those of us who made it the marketplace, here’s what we discovered: There is no “i” in film. Writers are not there to please themselves, and producers aren’t there to please themselves, either.  They are both supposed to serve the same god: that aforementioned foreign, external notion of how movies work.

The best book about the reality of working in Hollywood is “Writing Movies for Fun and Profit” by Robert Ben Garant and Tom Lennon.  In their very first chapter, they say:
As Lennon and Ben Garant continually point out, this doesn’t mean that the system is broken.  Casablanca was written this way.  The ending was totally re-written while Bogart and Bergman were standing on the tarmac.  Moves are collaborative, and they’re supposed to be.

But graduates of my school find themselves totally unprepared for this reality.  Now they have to learn real re-writing from scratch, which is going to be almost impossible because not only have they not been taught it, they’ve been explicitly told they shouldn’t have to learn it.  Good luck paying back those loans.

Running into a problem on page 90?  Maybe you should trying changing a plot twist on page 60, and re-writing the last 30 pages.  Why not?  You aren’t running out of room on a 5-inch floppy disk.  You’ll still have all the older versions saved.  Re-writing those 30 pages might be productive, or it might not, but at least you’re writing.  You may or may not be making your script any better, but as long as you’re writing pages, you’re definitely making yourself a better writer, and that’s what really matters.
Posted by Matt Bird at 8:00 PM