I love data!  I was going to move on to a new series, but I generated a big pile of new data last week, so I figured I should crunch it some more, and I’m glad I did... 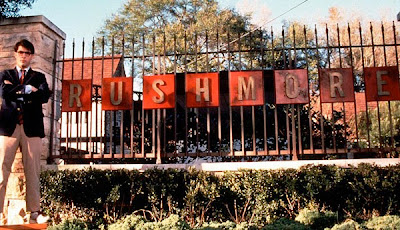 I’ve said before that sympathy isn’t always necessary, but empathy is, and, generally speaking that’s true.  So how do you gain empathy?  Well, as I’ve said in the past, the hero should be misunderstood and surrounded by fairly rotten people, who subject the hero to undeserved humiliation.

But when I looked back at the four movie characters I covered last week, I noticed something interesting.  The first two characters, Cady in Mean Girls and Peter in Spider-Man, fit very nicely into the model I described above, but the next two, Max in Rushmore and Juno in Juno, did not.  Max and Juno aren’t really misunderstood: in fact, everyone around them can see their problems more clearly than they can.  Likewise, they aren’t really better than the people around them.

Before, when we did “Jerk Week”, we looked at five guys who were assholes, but were still better than the people around them in many ways, and they were very misunderstood.  As a result, we weren’t sympathetic to them, but we were empathetic.  But Max and Juno, I now realize, represent a totally different type of jerk: When they start out, we are sympathetic to them but we’re not empathetic.

Max and Juno both have a lot of personality.  We are instantly plunged into their subjective world-views as soon as each movie begins: Rushmore starts off with a dream sequence and Juno with heavy voice-over.  They bombard us with their opinions: Max’s intellectual idealism and Juno’s witty snark.  And the degree to which these movie work is the degree to which we find them charming.  (Those who aren’t charmed tend to hate these movies.)

But for most viewers, these movies can forego the usual empathy-building tricks (misunderstood, bad parents, better than the people around them, etc.) because the characters are so sympathetic that less empathy is required, at least at first. 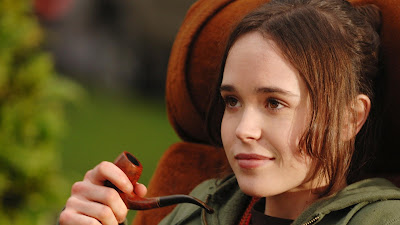 From there, however, both movies tread a tricky path.  In each case, our sympathy intentionally decreases (our impression of Max goes from precocious to pretentious, while Juno’s misanthropy starts to curdle with too much exposure) as our empathy steadily grows.

But this leads us to another anomaly: the empathy is created in unexpected ways.  I’ve warned readers in the past that only unjust humiliations build empathy, while justified humiliations have the opposite effect, alienating us from the character.  But there’s a caveat: in the situations I was referring to before, such as the beginning of Iron Man 2, the hero thinks his humiliation is unjust and demands our empathy, which we’re unwilling to give.

But Rushmore and Juno show us a different kind of justified humiliation:  in these cases, the heroes are ready to hear and accept the criticism, making the humiliation especially painful.

Think of the scene where Juno accuses her stepmom of being lame for obsessing over dogs that she doesn’t even own, only to discover that her stepmom foregoes owning them only because Juno is allergic to them.  Or think of the scene where Max meets his teacher’s date and breaks down crying.  These are the right humiliations at the right time, and break through these heroes’ shell of cool, hitting them where it hurts.  Seeing that the heroes understand that they deserve this makes us feel intensely empathetic towards them.

So now we have two types of non-off-putting jerks: misunderstood misanthropes with bad parents and self-satisfied, too-clever-for-their-own-good kids who need to learn to turn off the charm and get real.  In each case, avoiding audience alienation is difficult but not impossible, if you know what you’re doing.
Posted by Matt Bird at 11:10 AM

Another way of looking at the dynamics of this character type is via Blake Snyder's Rites of Passage story template. Both Max and Juno are kind of "doing it wrong" and the arc of their stories are about acceptance: "In a good Rites of Passage tale everyone is in on 'the joke' except the person who's going through it -- the story's hero. And only the experience can offer a solution."

Very perceptive, this. And I like how you're using these new insights to tweak and refine old ones. A grand, elaborate theory is taking shape!

I just re-watched that restaurant scene from Rushmore (with the immortal "These are O.R. scrubs" "Oh, are they?" exchange) but I don't think Max is ready to hear and accept the humiliation. His behavior doesn't bear that out. After all, his note of apology one scene later is really just a veiled attempt to get the teacher to come to his self-aggrandizing aquarium event. Soon after he gets kicked out of Rushmore entirely, and his introductory speech at the public school is similarly pretentious. Max does eventually become ready to hear and accept the truth about himself, but not that early...

Come to think of it, these movies both fall into the previously discussed "comedy of manners" sub-genre (as well as "coming of age", obviously), and this arc is typical of that sub-genre: a clever hero places him or herself above society's rules, gets away with for a while by being charming, but finally crashes down to earth, admits the wisdom of the status quo, and matures. This is true of Austen's Emma, Moliere's Misanthrope, etc.

In some ways the comedy of manners reverses traditional storytelling tropes: the author invites to look down in benevolent amusement on a charming but arrogant hero, rooting for him/her to get a comeuppance for his/her own good. I guess that we identify/empathize with society as a whole instead of the hero? How does the author pull that off?

"Seinfeld" was a also a comedy of manners, and I've seen a whole lot of those, so I should be able to figure this out. I'll have to explore this genre more, obviously...