NOW You Can Revise, Introduction: When It’s Finally Time to Fine Tune 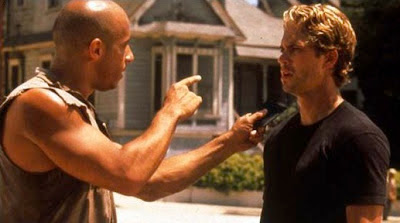 My previous series, “How To Re-Write” began with the admonition: “Don’t Revise, Re-Write!”. The first instinct of screenwriters is to finish a first draft and then “tweak it” every time you get notes, so I wanted make clear my position that the second draft should almost always be a complete re-write of the first. This might easily apply to the third and fourth drafts as well.

But, let’s face facts. Though I’m reluctant to admit it, in the end you do get to a place where you need to start tweaking, and that’s a whole different set of skills, so let’s talk about those in this series.

In the previous series, we looked at ways to overhaul your plot and characters. It’s important to tackle those changes first, before you waste any time refining the language or trimming individual scenes. After all, once those overhauls start to snowball, everything is going to change, and you don’t want to find that you’ve fallen in love with some well-polished scene that now has to go.

Buy by the time you’re actually ready to revise, the personality of the main characters and the general order of events are pretty much locked in. The changes you’re making here are less likely to snowball, so now you can start sharpening each plot point, punching up every line of dialogue, highlighting the theme, etc.

But you’re still going to be cutting scenes, cutting minor characters and/or combining them, and maybe even cutting out sub-plots. When doing so, it’s good to keep in mind...

Step 1: The Only Way Out is Through

As a general rule, it’s best to cut out anything that doesn’t move the story forward. Always interrupt your characters before they get a chance to apologize, skip over fallout scenes, and remove any repeated beats.

In The Fast and the Furious, Paul Walker infiltrates Vin Diesel’s gang and seduces his sister. Later, he has to dramatically confess to the sister, in the middle of a crisis, that he’s a cop. Sometimes afterwards, she reveals the secret to Diesel and his gang, but we never see that scene, despite the fact that it was presumably quite intense, because, for the audience, it would be a repeated beat.

What’s even more remarkable is that, even when they finally confront each other, Walker and Diesel don’t discuss the betrayal! That would be “fallout”, and the script doesn’t need it. The discussion at that end is entirely about whether Walker will arrest Diesel, without any “You betrayed me!” recriminations about the past. A great way to speed things up is to keep your characters talking about what’s going to happen, not what happened previously.  The audience won’t miss it.

Doesn't the timing of these sorts of revisions often depend on how close to shooting a script really is? Because I feel like I've heard a number of screenwriters talk about deliberately leaving in certain fallout scenes and repeated beats as connective tissue for their distracted early readers. Otherwise they'll get notes from producers and actors about missing that stuff.

Certainly, producer sometimes demand fallout scenes that aren't necessary, but they also hate overlength screenplays, so I always slim them down as far as possible. If they want me to add unneeded scenes, they can pay me to write them.

But, on a larger issue, the whole strategy of "leave in something for them to cut out" really dates back to the era of the two-step deal, when producers had a strong financial incentive to only ask for one round of changes. These days, producers ignore WGA contracts and demand endless changes, so trying to game the system doesn't work.

And of course, what always happened was that writers would leave in a bad scene just so that they'd cut it, and then that would turn out to be the producers' favorite scene.