NOW You Can Revise, Step 2: Cut Ten More Pages Out 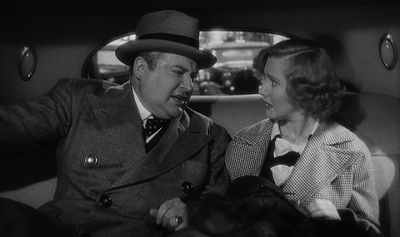 If you’re anything like me, your first drafts will be far too long, and then, as you begin to re-write them, they’ll get even longer, as you add the elements that are needed. But the hope is that, once you’ve expanded these things enough, they’ll begin to contract. If you can create a new scene that makes the character’s flaw poignantly palpable in half-a-page, then you can eliminate those ten pages that merely implied the flaw. As you clarify things, then hopefully the less-clear pages will start to just fall away.

But even after that process is done, you still might end up overlength. Script-readers are overburdened, and the shortest scripts get read first. Everything you send out has to be lean, lean, lean. In fact, I would guess that the most common note writers get from their agents is this, “I love it, don’t change a thing, just cut out ten pages!” But how on earth are you supposed to cut pages without changing the story?? Well, there are some ways…

I mentioned one trick while discussing Easy Living, which was written by the great Preston Sturges: Cut out the middle of scenes. In one scene, we see Jean Arthur and Edward Arnold start to argue about compound interest in the back of a car, then we cut to an exterior shot of the car crossing town, then jump forward to them getting out of the car once the argument has reached a crescendo. Later on, Arthur walks into work wearing her new mink and eyebrows are raised, so then we jump inside the boss’s office as she’s already halfway through trying to explain how she got it. 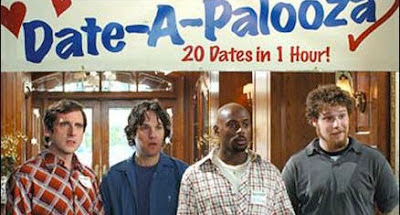 But you can also cut chunks out of the middle of scenes even without cutting away from the space you’re in. If you’ve got multiple conversations going on, you can hide time jumps every time you cut back and forth between them. The 40 Year Old Virgin cuts between four guys who are speed-dating, and manages to compress an hour down to five minutes, without resorting to jump-cuts.

Other classic tricks include:
Next, let’s strengthen the theme…
Posted by Matt Bird at 7:45 PM

I think this writing/editing strategy is part of the reason Sturges' films still seem so fresh and modern today. The pacing of the filmmaking/storytelling is so daringly fast, even more so than most other fast-talking screwball comedies of the era.

This kind of deliberate elision also puts me in mind of Bresson, another filmmaker who was ahead of his time, and of Scorsese's approach to GOODFELLAS, consciously eliminating the beginning and ending of scenes in a way that he'd learned, in part, from directing TV commercials.