Now You Can Revise, Part 6: Use the Final Draft Tools 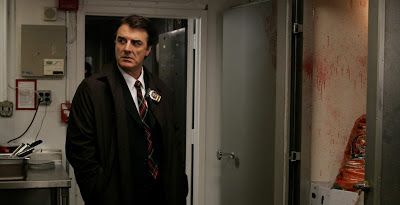 You’ve probably written your screenplay using Final Draft software, because that’s become the industry standard, but even if you didn’t, you might want to import it into that program now, because Final Draft has great, little-used tools that help you fine tune your script.

Many of these tools are intended for use by other professionals, such as line-producers or actors, but they come in handy for screenwriters as well:
It’s perfectly natural to make these mistakes.  During your first draft, you can’t be bothered to create full personalities for every minor character, and there’s no reason you should, since you’re going cut out and combine a lot of these characters in subsequent drafts.

But once your screenplay is approaching its final form, you need to go back and eliminate embarrassing examples like these, in which it become instantly obvious that each minor character has the same personality: yours. Now that Stephen Hawking is reading your script aloud, these errors should stand out like sore thumbs,

Next time: the finale: You’re a Poet and You Don’t Know It
Posted by Matt Bird at 8:00 PM

Nothing annoys me more in a book or a script than the sloppiness of multiple instances of identical or too-similar wording especially when they are on the same page or within a few pages of one another. When I see too high a number of these mistakes in a friend's draft I can't help taking it personally: "Really? You didn't even read it just once the whole way through again to see if it sounded right?"

Lawrence Wright's otherwise well-written Scientology expose GOING CLEAR commits this sin a handful of times in the first 75 pages. It's as if he spent so much of his time and energy fact-checking the book to death that he occasionally neglected to fine tune his prose.

Great overview of these tools, can't wait to try out the scene reports function.

I don't know what other directions you are going to explore with this Revision series, but as a possibility I'd be excited to see you write more about revising "empathy holes" and ways to increase a reader's "emotional engagement."

Maybe those are just a function of doing everything else extremely well, or managing the expectations of people perfectly as per your other series. But speaking for myself I feel that it is probably the most difficult task to self-assess if something is emotionally engaging, and what to do if you think your story is lacking in that area.

If any other commenters had thoughts on the topic I'd be very interested to hear them as well!

Brilliant tool use. As a NF book editor, I do that kind of analysis - but I've been doing it manually. I suppose the structure of a script makes it a lot easier for software to assemble the material for analysis. I must find a way to automate this.