How to Manage Expectations, Step 9: More Fun With Foreshadowing 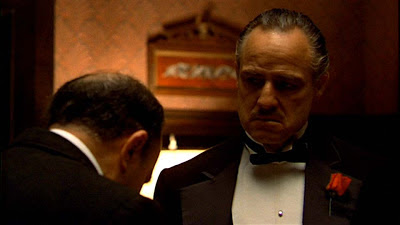 We’ve talked about several forms of foreshadowing already, from obvious methods like using a framing sequence, flashforward, or voiceover to hint at what’s coming, to more subtle methods, like reversible behavior or imagery that create subconscious anticipation of an inevitable reversible.

But there are lots more methods of foreshadowing. Let’s list just a few:
I used to think that this sort of obvious foreshadowing was just showboating by writers: They know what’s going to happen and we don’t so they’re rubbing it in our faces. But now I realize that heavy-handed foreshadowing is more often a way to tie together a plot that might not otherwise come together. 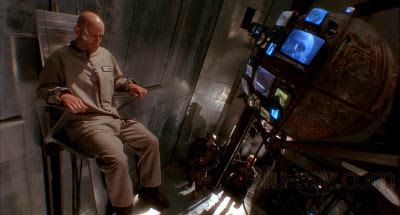 There are two reasons that time-travel stories use more foreshadowing than any other type of story:
Think about that moment at the end of The Terminator when we realize that Reese is John’s father, or that moment at the end of Twelve Monkeys when we realize that Bruce Willis was traumatized by his own death. What were you thinking about? You were thinking, “Oh, cool, this was foreshadowed all this time but I’m only now putting it together!” What you weren’t thinking was, “That makes no damn sense!”

The more unbelievable it is, the more you have to foreshadow, they’ll be too busy saying “Ah-ha!” that they’ll forget to ask “Say what?” Source Code was another time-travel head-scratcher that papered over lots of problems in this way. (What about the guy that body belonged to??) It’s messy, but what are you going to do? People cut you a lot of slack with time travel stories…as long as you don’t let think about the contradictions. There’s a reason that Back to the Future is famous for having more plant-and-pay-off than any other movie!

Okay folks, that was supposed to be the end, but tomorrow, we’ll get a little backfill as I go back and clarify some earlier thoughts…
Posted by Matt Bird at 8:00 PM

Glad you finally got to read INVISIBLE INK and found it useful. Brian McDonald also has a blog where he posts about once a month:

Some of my favorite of his posts are appreciations of well-known films like REAR WINDOW and TERMINATOR 2. He's got a knack for explicating the hidden depths of stories that are so popular we sometimes take them for granted.