How to Manage Expectations, Step 8: Drop One Shoe, Then Wait 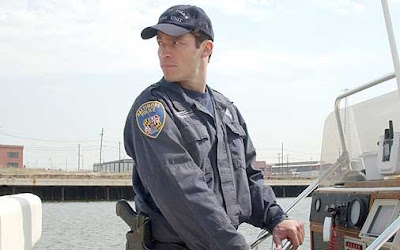 Once you create an expectation that something will happen, the audience will get more and more anxious until it occurs. This is how you wrap them around your finger.

Anton Chekhov famously said that if there’s a gun over the mantelpiece in the first act, then someone must get shot in the third act. He meant that the audience can outsmart the writer by figuring out the plot ahead of time, but now that his quote has become famous, it’s gotten turned on its head: It’s become another way for the writer to manipulate the audience.

You need to create subconscious anticipation. I’ve talked about how to do this in individual scenes, but it can be done over the course of a whole movie as well.
But once you know how to use each of these to create anticipation, you must also know that the audience is guessing all of your tricks. If they’re playing checkers, then you have to play chess… 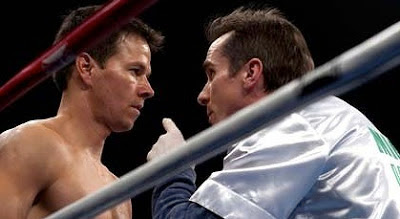 The Fighter masterfully plays with its audience. We see talented boxer Mickey take his crackhead brother Dickey’s lousy advice over and over, with more and more disastrous results… Then we finally see Mickey get better advisors and succeed while Dickey goes off to jail. But just then, when Mickey finally has his big shot, he gets lured into the prison where Dickey gives him one more piece of advice. The audience is writing in pain! No, not again! Mickey was so close! Sure enough, in the fight, Mickey finds himself doubting his new advisors and considering Dickey’s advice instead. He fatefully decides to take it, and as a result… he wins!

The moviemakers know that we think we’re two steps ahead, which gives them the ability to deliver what we least expect, a story of redemption that will bring the brothers back together. Crucially, they don’t just want to shock us, they want to astonish us. They use foreshadowing to trigger cynical assumptions in our minds because they want us to be ashamed by the power of this moment, when we suddenly realize that we were wrong to distrust our hero, and wrong to assume that his brother was irredeemable.

Tomorrow, we mop up our final odds and ends, as we explore additional types of foreshadowing...
Posted by Matt Bird at 8:00 PM

"Irony refers to any meaningful gap between expectation and outcome, and it is what gives stories their emotional heft. Every aspect of every story should be ironic in multiple ways." - Matt Bird, http://cockeyedcaravan.blogspot.com/2012/11/losing-my-religion-part-6.html

Anticipation and Surprise, Joy and Sadness, Trust and Disgust, Fear and Anger: these are Plutchik's emotional opposites - like colors on a color wheel. Turning any one into its opposite results in Irony.