How to Manage Expectations, Step 7: Put A Frame On It 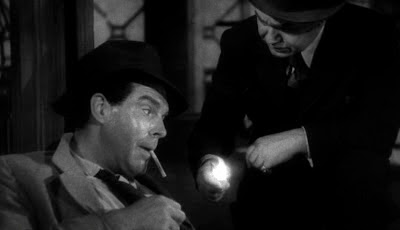 When you know that there’s a danger that your audience will be asking the wrong questions (“Whodunit” instead of “Howdunit”, or “Will they survive?”, rather than “How will they survive?”) then there’s no more effective way of heading them off at the pass than with a framing sequence and/or a past-tense voiceover (as opposed to a present-tense voiceover, which has a different effect).

A framing sequence does just that: establishes the outer bounds of the big picture, keeping some possibilities in the frame and cropping others out. Types of framing effect include:

(1) A scene in which a character is telling the story to another person, so we see the whole thing as a flashback… 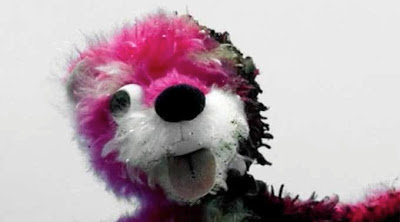 (2) Something similar but different: Begin with a cryptic flashforward, then cut back to the story in “the present”: 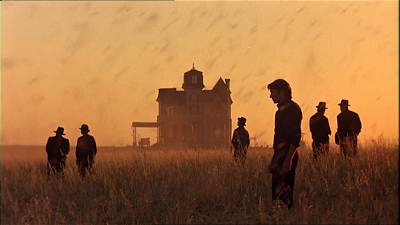 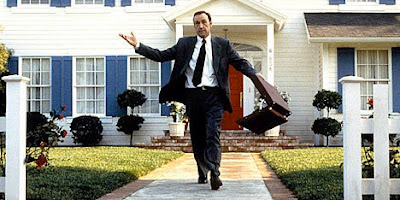 In each of these cases, the writer is asking certain question early on to keep us from asking others. The case of American Beauty is the most basic of all: If we didn’t know that Spacey was going to die, then our question would simply be “So what?” Why would we care about some random shlub’s mid-life crisis, since these things never have any real consequences? Writer Alan Ball knew that the only way to get us to care was to assure us up front that this time was different.

This post helped me twig onto why the voice-over in the first version of Blade Runner was so famously unsuitable. Besides being cheesy and overly redundant.

But considered as a sympathy mechanic, the v.o.'s also in competition with the main structural aim of the movie: to get the audience to identify with the Replicants even as we lose sympathy for Deckard's actions, until Roy Batty's dying gesture of mercy inspires Deckard to become the helper, instead of the user, of a Replicant.

The v.o.'s constant sympathy drip-feed (as well its ceaseless assurances that Deckard finds all this stuff as sordid and repugnant as we do, honest!) violates this structure; in consequence, Deckard's actions can come off even worse than intended.

There's another kind of framing scene that doesn't necessarily even involve the main characters or the use of voice-over or a flash-forward but is still crucial to setting up expectations. Call it the "this is the way the world works" prologue, as in a film like THE HURT LOCKER where we see Guy Pearce get blown up by a roadside bomb just so we know that this is the kind of life-and-death edge all of the characters will walk for every minute of the film.

Good point, J.S. I sort of cover that type of tone-setting in the next two pieces (today is specifically about effects that look to the future), but I don't put it as clearly as you just did.