Storyteller’s Rulebook #153: If You've Got a Hard Sell, You Have to Know Your Assets 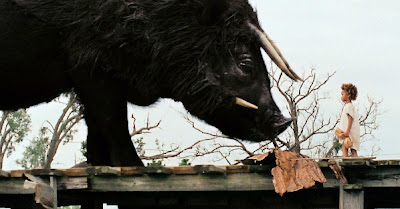 Movie buyers are especially skittish these days, and it’s hard to get challenging movies made, unless you have a lot of clout.  Nevertheless, this is always true to some extent, but there are ways to make it happen despite overwhelming odds.

To begin with, you need to quiet your “it shouldn’t have to be this way” frustrations and admit to yourself that, from a marketing and/or production point of view, every script has both assets and liabilities. The goal is not to eliminate all of the liabilities (since it’s also a liability if the script is overly familiar) but simply to know which is which and balance them out accordingly.

Potential marketing and/or production liabilities:
Assets that might balance these out:
None of the items on the first list are totally verboten. There are plenty of examples of each one succeeding, and we can all be thankful for that—we all get sick of lily-white bland by-the-numbers fare—but if you want to sell it, you’d better not have every item from list one, and for every oneyou  do you have, you’d better have at least one from list #2.

It’s also good to remember that your logline must not mention any of the elements from the first list, even if they’re in the script. Loglines are allowed to twist the truth. You’re absolutely allowed to hide the fact that it’s a period piece, or a western, or set in Iraq, until they’re actually reading the script. You’re even allowed to lie and claim you have items from list #2 that you don’t actually have. If they find that you’ve tricked them into reading a great script, they won’t care. 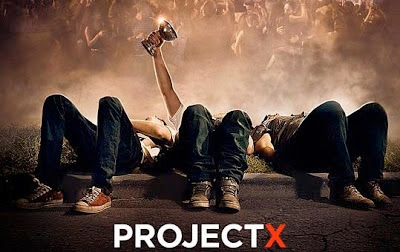 This can work well with movies that are either too little or too big: On the one hand, Project X was a run-of-the-mill end-of-high-school blow-out party movie, but they marketed it around the found-footage element that made it seem fresh. On the other hand, Beasts of the Southern Wild overcame dozens of marketing liabilities to become an unexpected art-house hit by adding quirky fantasy elements that made it clear that it wouldn’t be a heavy-handed slog.

Rod Serling famously created “The Twilight Zone” because he had written a controversial TV movie about the US Senate only to watch the network cut the script to ribbons. Suddenly, he had a revelation:
Then, as now, a spoonful of sugar can make the medicine taste pretty damn good.
Posted by Matt Bird at 5:17 PM

Yup. I have come to terms with the fact that my story (not even a screenplay), is a hard sell. Assets and liabilities is a good way to put it. These lists are really useful in learning to define what is what.

I can dig this post, with the added caveat that at least from the point of view of certain powerful creatives (actors, directors and even some producers) many of the liabilities on your list are actually assets. Your script doesn't have to be for everybody if it's perfect for Brad Pitt or George Clooney or Jodie Foster to star in, produce and/or direct.

ARGO is a good example of a script with a number of liabilities from a big studio's POV but that got made because a star/director of Ben Affleck's stature chose it for precisely the reasons that the studio would otherwise be wary.

True. I once head some good advice: if there's only one star who would want to make your kind of movie, then the worst thing you can do is get it to his/her agent, who wants the star to stop making that kind of picture-- instead, you want to get it to the old friend who now runs the star's production company, which is where the star develops quirkier material, (to the eternal consternation of his/her agent).