How to Generate a Story Idea, Option 7: Pull a Genre Element Out Of Its Genre

For the second half of this project, let’s look at ways to tap into pre-existing stories... 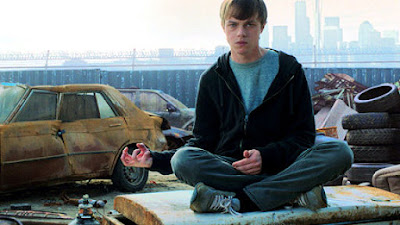 For a long time, genre stories and realistic stories were strictly separated. Stories with fantastical elements happened in fanciful settings. If someone got superheroes, they put on tights and fought crime, because that’s the appropriate genre for that story element.

But now those assumptions have been blown to hell, for good or ill. There are lots of stories that take a fantastical element and put it in a realistic setting. This especially happens in found footage movies like Chronicle and Cloverfield. This can be a very fruitful way to create a new story, but it also had its pitfalls.

On the one hand, why not? If done right, such movies can turn our genre expectations upside down, forcing us to see these familiar genre elements with fresh eyes and reject the tired familiarity of the stories we’re used to. These elements are injected with a new rawness and immediacy, allowing our enjoyment of them to be revivified. 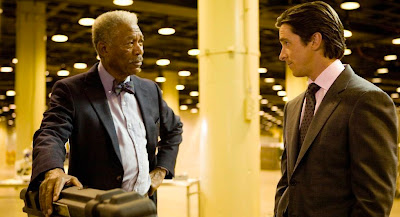 On the other hand, the danger is that the writer will try to have it both ways. In movies like The Dark Knight (which I thought was overrated—heresy, I know…) you have a lot of messy real world politics rubbing up against the fact that, in the real world, no one would dress up as a bat to fight crime.

Even worse, you get movies like Hancock. In one broadly comic scene early on, Hancock literally shoves one guy’s head up another guy’s ass. Later, in a very serious scene, the two guys deal with the trauma this has caused. Nuh-uh. Not allowed. Don’t ask us to consider the PTSD caused by silly, unrealistic stories. 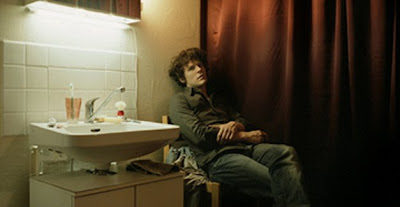 A great example of taking a genre element out of its genre was shown by the excellent French movie Poison Friends. It begins as typical thriller: we meet a group of friends in a competitive academic program who don’t suspect that there’s a sociopath in their group, telling devilish lies and pitting them against each other for his own selfish purposes. We expect things to escalate until the knives come out, but instead, the group gradually realizes that this guy is just a dick and they shun him from their lives. The movie becomes a straight-up drama as we see the exposed sociopath try to pick up the pieces of his wasted life.

You might not associate such a movie with something like Chronicle or Cloverleaf, but they have the same essential set up: How would you deal with a monster like this in real life, rather than if you were in a genre movie? When done right, this can be an electrifying question.
Posted by Matt Bird at 6:14 PM

Another way to put this is "take a genre element seriously." You know I'm a huge fan of POISON FRIENDS. And instead of describing it as starting off as a typical thriller, I'd pitch it as an atypical college movie, one that's not about the frivolous side of the college experience, chicks and frats and beer bong, but that takes the life of the mind -- intellectual development and academic competition -- utterly seriously.

I'd say a corollary to this rule is "tell us the part of the genre story that most other genre stories compress, gloss over or ignore." We don't usually see what the hitmen talk about on the way to the hit. What about making that the whole movie (PULP FICTION)? We do see superheroes discovering and testing out their powers, but it's usually in montages, never fuller explored or taken seriously dramatically. What would it really mean to start discovering superhuman abilities? What would normal people actually do if they found themselves changing this way? (UNBREAKABLE and CHRONICLE).

I think that's a better way or putting it, especially since the way I phrased it is a little too similar to the next one.

Another corollary is "reimagine a subgenre." Two of my favorite spy stories are new twists on the old idea of the "defection thriller," the quintessential example of which is John Le Carre's THE SPY WHO CAME IN FROM THE COLD.

Instead of building up the entire tale to a climax of complicated and risky defection at a contested border like the Berlin Wall, Robert Littell's novel THE DEFECTION OF A.J. LEWINTER has the act over within the first sentence of the book, as the titular defector easily waltzes into an embassy of his own accord in a neutral third country. And instead of defecting from the East to the West, he's headed in the other direction. The whole rest of the novel is about why he may have done it and what intelligence value, if any at all, his defection has.

Tom Clancy's THE HUNT FOR RED OCTOBER, because of its intense and detailed focus on military hardware, is considered by many to be a "techno thriller," but that says more about the surface of the work than the nature of the story. What makes RED OCTOBER so compelling as a story is that it's a brilliant rethinking of the defection scenario, amped up to global proportions at the height of the Cold War. The defector in question, sub captain Marko Ramius, isn't slipping across a defended border, he's making a stealth-cloaked beeline for the U.S. coast in the deadliest nuclear war machine ever made. And if he's not really defecting... And even if he is and the U.S. doesn't figure out what to do about it...

David Ignatius tried a new spin on the defection thriller in his recent book THE INCREMENT, about an "electronic walk-in," an Iranian nuclear scientist who more or less just emails the CIA. The novel wasn't as good as it could have been. And this idea wouldn't be all that compelling on screen. But I respect his invention. Such a thing could happen. And it definitely brings the rapidly changing nature of the world into the genre.

Sometimes all you need to do to reinvigorate a genre or subgenre is think of a favorite older movie and ask yourself "how would that happen today?"

I love Littell's "The Company" so I should read "THE DEFECTION OF A.J. LEWINTER", which I know is the book that made his reputation.

I love LeCarre, but have you seen "The Sandbaggers" (described in my "underrated TV" section)? I would say that it out-LeCarre's LeCarre in terms of "Let's see how exciting we can make the ultra-realistic minutia of actual spy world paper-pushing."

THE SANDBAGGERS is really as good as Le Carre? Then I'll have to give it a try. Because to me (pointless James Bond reference somewhat intended) nobody does is half as good as him. So does this mean you're writing the serious version of HOPSCOTCH?

Ha! Good guess. That could work, too.

Yes, Sandbaggers is worthy of Le Carre comparisons. There have been two DVD releases of the show, the first of which was super-low-quality, so make you you check out the second, two-to-a-disc, four-to-a-set version.

Cloverleaf? Did you maybe mean Cloverfield?