How to Generate a Story Idea, Option 5: Search For Empathy 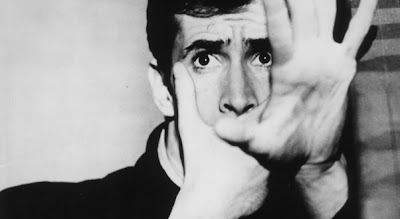 Occasionally there will be a small news item that will seize hold of the nation’s collective subconscious, generating dozens of famous stories. One such story was the arrest of deranged loner Ed Gein, who provided the basis for dozens of horror stories, the best of which was Robert Bloch’s novel/screenplay “Psycho”.

Movies like The Texas Chainsaw Massacre imagined what it might be like to be one of the Gein’s victims, but Bloch’s genius was to ask himself, “How could I make this guy sympathetic?” (The answer, as always, was a disapproving parent.) 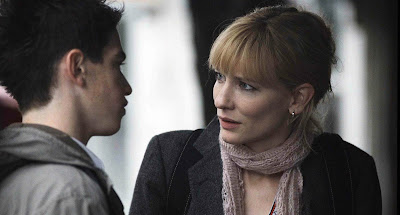 Likewise Zoe Heller’s novel “Notes on a Scandal”, which Patrick Marbur adapted into an excellent movie of the same name, dared to find empathy with a female high school teacher who begins a sexual relationship with a student. The title of the American release of the book spelled out the source of Heller’s idea: She read a spate of news stories about similar cases and wondered, “What Was She Thinking?” 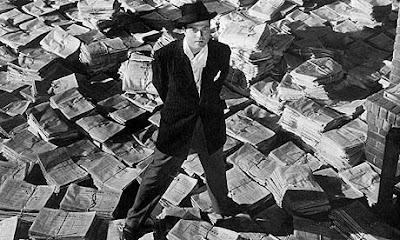 The most famous example of all was probably Citizen Kane. Far from being the cruel denunciation that William Randolph Hearst imagined it to be, the movie is actually an extraordinary act of empathy. Welles may have set out to topple a giant, but he wound up ennobling his deeply-flawed target. Instead of finding a villain in Hearst, he found a kindred spirit, and the movie acts as an unheeded cautionary tale for Welles’s own life.

This is a good one. Though I'd say this rule applies to much more than story ideas. If you're not finding the humanity and grasping the individual psychology, motivation and point of view of all your characters without judgment -- even the seemingly vilest of villains -- then you probably shouldn't be a writer.

I suppose I'd caution that empathy alone does not a story make. I've had heated arguments about this with supporters of the art film SHAME, which I detested, who believed that the film's achievment was in creating empathy for its otherwise opaque and unsympathetic protagonist.

And I feel like you can push the ironic empathy strategy too far, with something like DEXTER, for example. After all, a half century of behavorial science argues that it is precisely empathy for all other living beings that murderous criminal psychopaths lack. To make light of this or ignore it in a on-going series where we're expected to identify with a protagonist who, in the most urgent and profound way, could never identify with us risks undermining the foundation of the storytelling relationship.

>Instead of finding a villain in Hearst, he found a kindred spirit, and the movie acts as an unheeded cautionary tale for Welles’s own life.

Y'know, Welles did live long enough to hear these comparisons made of him repeatedly and he really resented it.

...which is one more parallel with Hearst!

I kind of maxed out my empathy card on a recent Mike Leigh film called ANOTHER YEAR, in which the point of view characters, a normal happily married couple, were surrounded by unhappy friends, one of whom in particular seemed to be as much of a protagonist as there was in the film. Poor Mary's problem -- which she was definitely not trying to solve but also not ignoring drastically enough to cause any kind of conflict -- was that she had the blahs, a kind of constant pervasive full-life dysthymia.

And I had empathy for her at the beginning of the film, but as it dragged on, it became increasingly difficult to relate to someone who was so utterly complacent in every facet of a life situation that was clearly not working very well for her.

Which is more or less the same problem I had with Steve McQueen's SHAME.

Radical empathy for troubled characters is a sound starting point. But all protagonists need some kind of chance to do something -- even if they end up blowing it bigtime -- or else what's the point of telling a feature-length story about them? Because a good script, a good director and a good actor can create mere empathy in minutes.

Well, J.S. You've done it again. I wrote an epic response, and it just got too big, so you've spurred another new rule, which I'll run tomorrow.