How to Generate a Story Idea, Option 4: Do the Craziest Thing You’ve Ever Wanted to Do 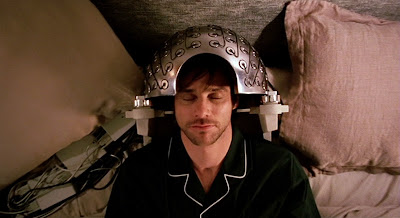 Who hasn’t thought, after a bad break up, that they’d rather just wipe the whole experience out of their mind? Well guess what: in a movie, you can! Hard sci-fi starts with existing technology and extrapolates where it might go, but zanier stories like Eternal Sunshine of the Spotless Mind start with our hopes and fears and invent some vaguely-explained tech to make them manifest.

And you don’t have to go all the way into science-fiction. Take High Fidelity: I doubt that Nick Hornby ever actually called up all of his exes going back to elementary school and asked them what was wrong with him, but as soon as he had the idea, he knew it would make for a good novel and movie.

And Jonathan Ames obviously didn’t actually chuck his writing career to become a cragslist-private-eye, but he considered it long enough to realize that it could make for a good TV series.

All three of the above stories worked, but be warned that this can also be a way to generate dubious gimmick-driven hokum like Yes Man, in which a man says yes to everything for a year, or self-indulgent messes like Synecdoche, NY, about a man who transforms his whole life into an elaborate theater piece.

These are all stories about the sort of grand romantic gestures that people make in their head but never in real life. The difference is that the first three projects are all about characters who come to realize the folly of their grand conceit, whereas the latter two stories supposed that these enterprises could be a source of profundity.

Ultimately, there’s a reason that we only do these sorts of things in our heads. If you’re going to try to turn one of these grand romantic gestures into a movie, then your hero needs to come to realize this sort of self-indulgence is a bad idea.