The Story: A group of ex-cold-warriors from different countries, all thrown out of work, assemble for a straight-up mercenary job, hired by the IRA to steal a mysterious case from the Russians. Let the double-crossing and triple-crossing ensue!

How it Came to be Underrated: After the Berlin Wall fell, the spy genre seemed in danger of dying. It first started to return with movies like this in the late ‘90s, but it wasn’t until The Bourne Identity and Casino Royale came out that audiences were fully back on board. This smart adrenaline-fest is at the same level as those and deserves to be rediscovered.

Why It’s Great:
If You Like This, You Should Also Check Out: Frankenheimer does his best here to top Willaim Friedkin’s bravura against-traffic freeway chase in To Live and Die in L.A. Though he was the senior director, it wasn’t the first time he followed in Friedkin’s footsteps: Frankenheimer directed the little-seen The French Connection II, which is a great little thriller if you don’t hold it up to the standard of Friedkin’s more ambitious original.

How Available Is It?: It’s on Watch Instantly, but you owe it to yourself to order the DVD, both for the commentary and the superior resolution in the action sequences.

Today’s Post Was Brought To You By: Bolder and Wilder Than James Bond... 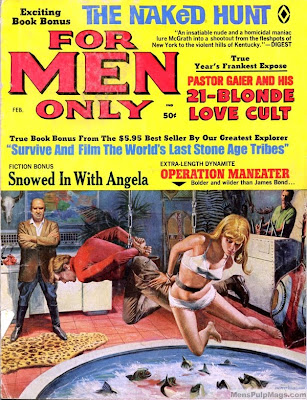 Thanks for tagging Mamet BOTH for his childish resentment of acting technique( which could only stem from a failed attempt at acting, whch most likely stems from his immense ego) and his horrible directing( which most likely also stems from the above). I'll give this film another look, as it kind of frustrated me.