If yesterday was about the underappreciated, that would make today’s group the justly-appreciated. It’s hard to write sympathetic bosses: Everyone, after all, hates their own, but by that same token we long for the boss of our dreams: either one that’s just one of the guys, or simply one that’s super-competent.

Subtype #1: In on the joke despite high status:

Audience love to meet an intimidating boss and then be surprised when the boss joins in the jokes at his expense. (Of course, most of these also belong in the next group, too, just for good measure.)
Subtype #2: The smarter one who can see the nature of the situation: 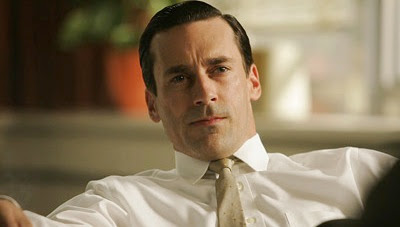 If a boss won’t pal around with his underlings, then we want some proof that he deserves his job. He’s got to be ten steps ahead of everybody. But this category includes not just bosses but also rogue cops like Popeye Doyle and John McClain, ambitious underlings such as Jack Ryan, and those who rise to take control of a group of equals, such as Michael Corleone.
But where does this leave a character like Michael Scott on “The Office”? He’s the boss from hell, but he’s still sympathetic, in his own way. I wouldn’t put him here, though, because it’s not his qualities as a boss that make him sympathetic (quite the opposite). Instead he’s sympathetic because he falls into the trickiest group of all, which we’ll get to next time...
Posted by Matt Bird at 8:28 PM

Always struck me that MASH was brilliant about this. Henry was the first kind of commanding officer, amiably one of the guys, tying flies at his desk. When he left, instead of writing the next boss as a similar character they went the other way, a super-competent regular Army guy who was still a good person (which took nerve in those days.) Wish they'd tried that on Northern Exposure the first time Rob Whatsit quacked.