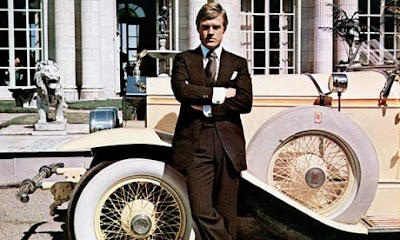 Eleven more bits of wisdom from the great Alexander Mackendrick...

11. Exposition is BORING unless it is in the context of some present dramatic tension or crisis. So start with an action that creates tension, then provide the exposition in terms of the present developments.

12. The start of your story is usually the consequence of some BACKSTORY, i.e. the impetus for progression in your narrative is likely to be rooted in previous events - often rehearsals of what will happen in your plot.

13. Coincidence may mean exposition is in the wrong place, i.e. if you establish the too-convenient circumstances before they become dramatically necessary, then we feel no sense of coincidence. Use coincidence to put characters into trouble, not out of trouble.

14. PASSIVITY is a capital crime in drama.

15. A character who is dramatically interesting is intelligent enough to THINK AHEAD. He or she has not only thought out present intentions but has foreseen reactions and possible obstacles. Intelligent characters anticipate and have counter moves prepared.

16. NARRATIVE DRIVE: the end of a scene should include a clear pointer as to what the next scene is going to be.

17. Ambiguity does not mean lack of clarity. Ambiguity may be intriguing when it consists of alternative meanings, each of them clear.

19. The role of the ANTAGONIST may have more to do with the structure of the plot than the character of the PROTAGONIST. When you are stuck for a third act, think through your situations from the point of view of whichever characters OPPOSE the protagonist's will.

20. PROTAGONIST: the central figure in the story, the character 'through whose eyes' we see the events.

21. ANTAGONIST: the character or group of figures who represent opposition to the goals of the protagonist.

I hate to be Mr. TINKER TAILOR but I have to say it's all I can think of when I see a rule like No. 11. The greatest spy story ever told is basically 85% exposition -- stories within stories within stories like nesting Russian dolls. And the truly amazing thing about this particular film adaptation is how very much all of it comes in at the right time and keeps flowing forward into the present moment.

My other favorite rule from this group is Mackendrick's definition of ambiguity. This is terrifically important when it comes to any kind of paranoid or supernatural thriller. You can't just have the reasons for something weird happening be fuzzy, but as in the very good recent psychological thriller TAKE SHELTER there must be two or more clear and distinctly opposing possibilities.

Well you've certainly got me wanting to see it now. I've only read the novel, and I have a hard time imagining how it could work as a movie, since it's so talky. Obviously, they found a way to nail it.