Storyteller's Rulebook #106: In Praise of Notes 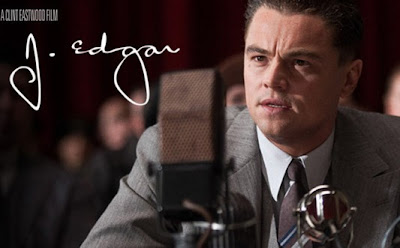 We all know that producers can ruin a movie with too many notes, and the biggest problem in Hollywood right now is that movies take way too long to get made. Clint Eastwood, to his credit, doesn’t have either of these problems. In fact, he’s gained a reputation as the only director in Hollywood that always shoots the first draft he’s given, then comes back on time and under-budget with a beautiful-looking movie. Great, so he’s the solution, right? Well, not quite.

I love some of Eastwood’s later work, but not all of it, and I’m sorry to report that J. Edgar is pretty much a stinkbomb. This is especially disappointing because the screenwriter is Dustin Lance Black, whose only previous movie was one of my favorites of the recent years: Milk.

If you put a great screenwriter together with a respectful director, you should get magic, but often the opposite happens. Here’s Black talking about his sheer terror he felt when he found out that Eastwood was going to shoot his first draft:

“When I found out Clint was interested it was both a blessing and bit of ‘Oh, boy… There are some things I’d like to change still.’ I’d heard Peter Morgan say that on [Eastwood’s previous movie] Hereafter, he’d had that feeling …but they were already shooting! …But it is funny because I went to Rob Lorenz and I said, ‘Hey, we should probably cut a good chunk out of the first act. That’s kind of everything and the kitchen sink.’ And he’s like, ‘Well, we’ll shoot it all and we’ll see what turns out well.’”

As loathe as I am to admit it, J. Edgar was made too quickly and with too few notes. We screenwriters love to complain about how directors and producers mess up our work. And more often than not, that’s true. 90% of everything is crap, so therefore 90% of notes are crap. And if you get a hidebound producer or director who insists that you stick to them, they’ll ruin a good script, no question.

But 10% of notes are great. And great notes are an essential component of a great movie. That’s what a great director and a great producer do: they give great notes. They shape screenplays, which are inherently abstract, into full-bodied stories. Given how wobbly the screenplay for J. Edgar is, I now suspect that Gus Van Sant buried Black in notes for Milk. Which isn’t to say that Black isn’t a great screenwriter: he is, and even J. Edgar has brief flashes of genius, but every writer needs notes. Look what happened to J. K. Rowling when they stopped giving her notes.

Film is a collaborative medium, where a collective of artists creates collective meaning for a collective audience. J. Edgar is a claustrophobic movie with no sense of perspective. It doesn’t breathe. It was made to make a point, not to make us identify with a human being, as all great bio-pics do, and as Milk did. Eastwood just transcribed Black’s script onto the screen, when he should have brought it to life.

But hey, as long as I’m being heretical, let’s go even farther… Tomorrow: In Praise of Firing the Writer!
Posted by Matt Bird at 5:43 PM

Not everything can be a week, James!

(Although now I wish I could keep it going longer... This Tuesday: In Praise of Going to Prom With Your Mother)

And as you correctly note, nobody who's worked with Eastwood as a writer in the last decade has been comfortable with this practice except, probably, the hackiest one Paul Haggis.

Haven't seen J. EDGAR, but I agree with your assessment of Eastwood's hands-off-the-script directorial style. With such an approach, he's gotten lucky maybe times: HIGH PLAINS DRIFTER, THE OUTLAW JOSEY WALES and LETTERS FROM IWO JIMA -- and the latter still could have used a bit more work.

Speaking of heresy: UNFORGIVEN, his most overrated and overwrought picture suffers from almost the opposite problem. It's too neatly written and could have used a healthy does of unwriting.

It's also worth noting that the best film Eastwood ever directed, THE OUTLAW JOSEY WALES, grew out of the only notable fight he's ever had with a screenwriter, Philip Kaufman, who Eastwood had booted from the director's chair.