Storyteller's Rulebook #107: In Praise of Firing the Writer 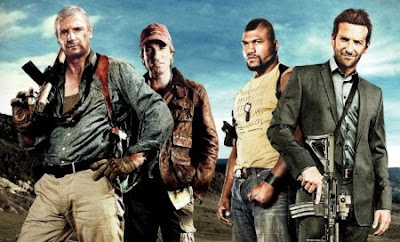 When a super-bomb like The A-Team comes out, screenwriters love to take potshots: “No wonder it bombed, I hear that they had ten different writers working on it! When will they learn to just stick with the first writer?” But let’s be honest. It doesn’t always work that way.

Whenever a movie has been in development too long, it starts to develop a stink. Insiders confidently dismiss the whole project as a mess for years before it even comes out. So it’s always a big surprise when one of those long-in-development messes turns out to be a genuinely enjoyable movie.

Let’s look at Pirates of the Caribbean, Charlie’s Angels, and Iron Man. None of these movies had any right to be good. They were adaptations of, respectively, a theme park ride, a terrible TV show and a third-tier comic book. Even worse, each had worn a long and torturous path to the screen. This was especially dangerous because all three movies were aiming for the most elusive tone of all: light-hearted action. How could all those cooks keep a light soufflé from falling by sticking their meddling thumbs into it?

And yet, for my money, these are three of the most unexpectedly delightful popcorn movies of the last decade. Were they hits despite hiring all those screenwriters or, dare I say it, because of it? To answer that question, we need to look no further than the sequels. In each case, the producers took the last writer/team standing from the previous movie and kept them on through the whole process the second time around.

That would seem to make sense: The initial writers on the first movie had failed, and the final writer/team had succeeded, so they should have just hired that writer/team in the first place, right? Wrong. All three sequels sucked.

If you want to know why, look no further than the excellent writers’ commentary on the Pirates of the Caribbean DVD. Ted Elliott and Terry Rossio, to their credit, clearly and carefully document the contributions of each credited writer, and they make it very clear why that movie was so good. If I may vastly over-simplify: Jay Wolpert had a great concept, Stuart Beattie added great characters, and Elliott and Rossio shaped those elements into a great plot. Now look at the POTC sequels, which were written solely by the team of Elliot and Rossio: They’re all plot! Endless mounds of plot! The characterization, so strong in the first movie, was totally gone. 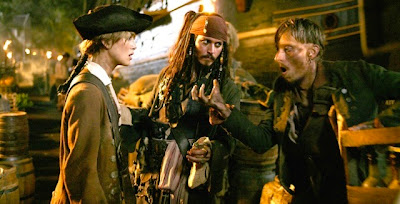 Sometimes, you have to fire the writer and bring in other voices with different strengths. It doesn’t always work—Movies like The A-Team are probably unsalvageable, but let’s not pretend that multiple writers always harm a project. Sometimes a succession of writers creates a better project than any one writer could have imagined.