Storyteller's Rulebook #105: Explaining the Plot is Not Your Characters’ Job 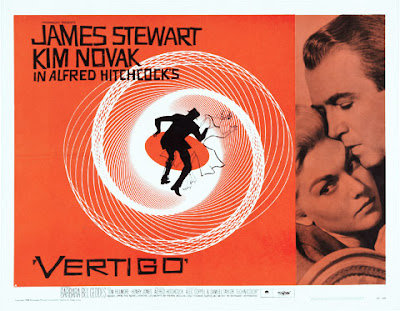 Let’s talk about one of the biggest plot holes in cinema. When Jimmy Stewart is following Kim Novak around in Vertigo, many spooky things seem to happen, but in the last half-hour of the movie, we find out this was all an elaborate con job, with no supernatural element.

And for the most part, that works: Once we know what was really going on, we see everything in a new light and it all makes sense… except one scene: What about that time that Stewart followed Novak into the hotel, only to discover that she’d vanished into thin air? The explanation doesn’t cover that.

As I pointed out before, this particular plot hole isn’t really a problem, because depth is found in holes. A little messiness can make a movie more mysterious and encourages long-term contemplation. That’s good, because, if Hitchcock had tried to explain this away, he would have run into a bigger problem…

It’s not hard to imagine an explanation: What if the villain had paid off the landlady of the hotel to lie to Stewart? Or what if Novak had rigged up a way to escape from the hotel room without being seen? We can guess, but we’ll never know for sure. This brings up the question: why not tidy up the movie by having Stewart ask Novak (an hour of screentime later) how she pulled that off?

Because plotting is the job of the writer, not the characters. This is why it’s so hard to write thrillers. You don’t want to reveal the twist too soon, so you play your cards close to the vest. Then, after the twist goes down, It’s very tempting to toss in a lot of “backfill” where the characters belatedly explain why everything happened the way it did.

Don’t do this. Once the plot twists, it should be instantly obvious how everything now fits together. If anything is still unclear, just leave it. Producers sometimes ask writers to “hang an explainer on it,” which is always a terrible idea. Your characters, and your audience, should be way too caught up in what’s happening next. If the plot doesn’t quite make sense, that’s your problem, not theirs.
Posted by Matt Bird at 6:01 PM