How to Structure a Movie 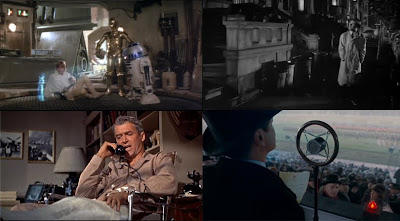 This is what we’ve been building to for a while… In The Hero Project, I figured out a lot of this (but not all of it) in real time. In The Great Guru Showdown, I looked at the structures that have been offered by other storytelling gurus. I then looked at the relationship of the Problem, the Opportunity and the Conflict. Now let’s put it all together…

Just to be clear, this absolutely positively does not describe the plot of every good movie, and no one movie will hit every one of these points. These are beats that most movies tend to hit:

And click here for specific genre structures!
And here’s how this stacks up against the structures put forward by other storytelling gurus, as well as thinkers in other fields who have tried to figure out the structure of a problem. (If you’re an old person with terrible eyesight, you may want to click to enlarge...)

Matt, I'm curious to know your thoughts on beginning a script with a flash forward? Do you think it is an overused "gimmick" or that it's a great way to hook the reader/audience? Every second script I read these days opens with the flash forward.

It is an epidemic these days, and I do have thoughts about it (it can be a crutch but it need not be), but let me think about it some more and cover it in a future post.