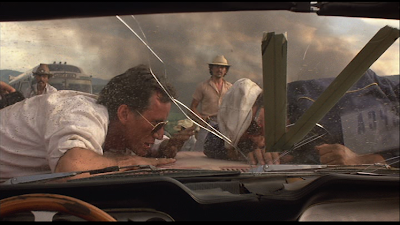 The Story: The (mostly) true story of Richard Boyle, a gonzo journalist who roadtrips with a drinking buddy down to El Salvador to cover the horrific events of 1980, only to get in way over his head.

How it Came to be Underrated: This wound up coming out the same year as Stone’s follow-up movie, Platoon, which became his breakthrough. They competed against each other for Best Screenplay. Platoon won that and Best Picture, but this one was quickly forgotten, though I think it’s aged much better.

If You Like This, You Should Also Check Out: Woods also did great work in Stone’s second-most-underrated movie, Nixon.

How Available Is It?: It’s got a great DVD with a wild, hilarious, in-depth hourlong documentary about the movie’s insane production history, detailing the escalating war onset between Woods (the only sane one) and everybody else (who were all suicidal maniacs.) There’s also a great commentary by Stone.

Today’s Post Was Brought To You By: Get Ready for the Kind of Career that Pays You to Do What You Enjoy Doing Anyway! 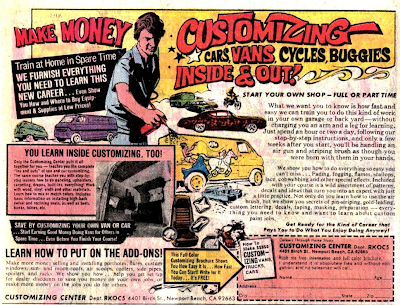 You nailed the appeal of the film for me with bullet point number one. It's all about the Woods' character as a point of entry into this world. There are no good guys here. Just bad guys (Woods) and worse guys (almost everyone else).

No movie has ever used Woods better either except maybe Cronenberg's VIDEODROME, in which he plays a similarly super-smart, sleazy and self-involved media man.

I like Oliver Stone a lot, consider him very underrated. Even his most famous films get talked about for the wrong reasons. The visual aesthetic that he introduced to mainstream feature films in JFK, NIXON and NATURAL BORN KILLERS combined ideas from Errol Morris' documentaries, Peckinpah's action editing and Soviet montage and his own brilliant cinematographer Robert Richardson's searching eye to create a genuinely new way of telling stories that's been hugely influential ever since.

As for Stone's recent output, I'm a big fan of W., which took interesting risks in a number of ways, and I still think Stone has more great films in him.