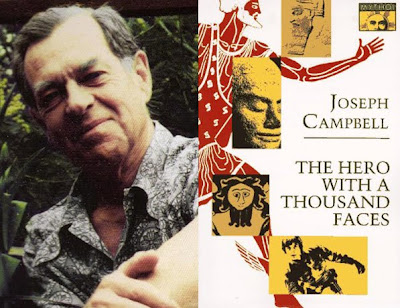 The Guru: Joseph Campbell
The Book: The Hero With A Thousand Faces
The Year: 1949
The History: Campbell traveled the world, learned six languages, studied Freud, Jung, James Joyce and James Frazer, translated ancient tablets, and defined the underlying structure beneath heroic myths from every culture. His 1949 book was hugely influential. His popularity surged in the 1970s, when his work was embraced by both new agers and Hollywood storytellers like George Lucas.

Outrageous Statement that Makes You Want to Reject the Book Outright: The first line has not exactly aged well: “Whether we listen with aloof amusement to the dreamlike mumbo jumbo of some red-eyed witch doctor of the Congo, or read with cultivated rapture thin translations from the sonnets of the mystic Lao-tse … it will be always the one, shape-shifting yet marvelously constant story that we find.”

Campbell was a great man who humbled the world into seeing their myths from anthropological and artistic perspective, but attempts to apply his structure, derived from religious and foundation myths, directly to screenplays are very problematic....