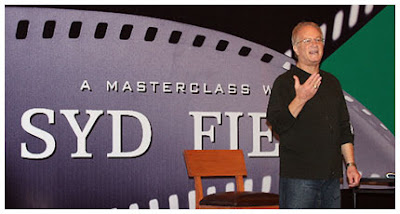 The Guru: Syd Field
The Book: Screenplay: The Foundations of Screenwriting
The Year: 1979
The History: Field had been an unproduced screenwriter (aren’t we all?), a development exec, and a lecturer for many years, until he got fed up with the lack of any books about screenwriting. He wrote the first one and it became a wild success. He’s published several more books and lectured around the world ever since.

Outrageous Statement that Makes You Want to Reject the Book Outright: (On how well you have to know your characters) “I’ll write more than 20 pages, starting with my character’s parents and grandparents on both sides, and then I’ll even use past lives and astrology to further insight into my character.” Ah, the ‘70s…

Field was the first and therefore most influential guru I encountered. Truth is, to this day, I find it hard to shed his teachings.

i was surfing net and thankfully came throughout this website and found intensely exciting stuff here. Its in endeavor of truth amusing to settlement. I enjoyed loads. thank you for sharing this super aspire. Greatpeople me