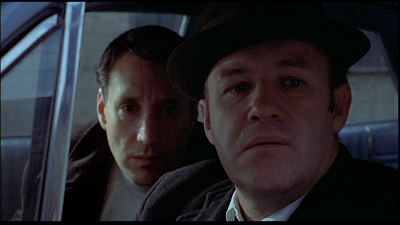 Popeye Doyle in The French Connection: 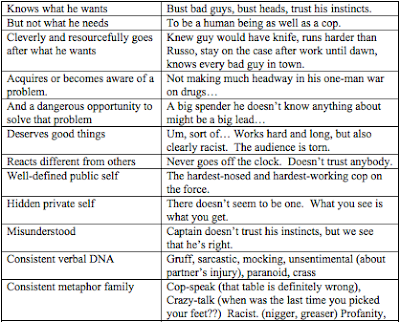 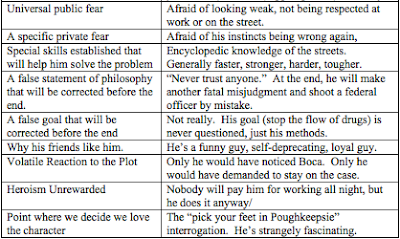 Okay, so now we’ve got our first flat-out scummy hero. Is he still compelling? Absolutely. Sympathetic? That’s a harder call. Andy was passive, but admirable. Doyle is somewhat loathsome, but he’s very, very active. Perhaps we can live without one as long as we have the other. Also interesting: Popeye has no hidden private self. Everybody can tell what’s going on inside him. Interesting. Need more data…
Posted by Matt Bird at 10:33 PM

People accuse "The French Connection" of being a shallow movie, but it's a profound film which deals with the theme of decay. Everything, after all, is decayed in the film: Doyle, the criminal underworld, even New York City itself.